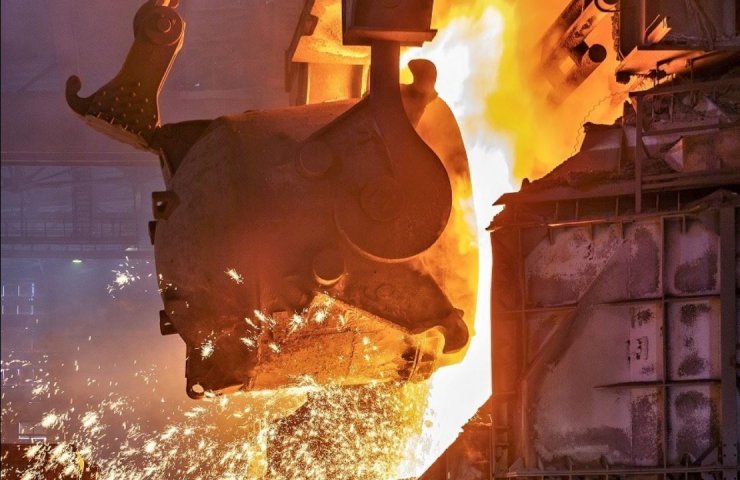 Mariupol Metallurgical Plant named after Ilyich (MMKI, Donetsk region), a member of the Metinvest group, in January-May this year increased the production of general rolled products, according to operational data, by 22.1% compared to the same period last year - up to 1.65 million tons ...

MMK im. Ilyich is part of the Metinvest Group, the main shareholders of which are Rinat Akhmetov's SCM Group (71.24%) and Vadim Novinsky's Smart Holding (23.76%), jointly managing the company.

Recommended:
The Russian government approved a point system for assessing the level of localization in shipbuilding
Rosatom has prepared a plan for the development of new nuclear technologies until 2030 for 500 billion rubles
Representatives of Ukraine and Germany discussed the prospects for cooperation in the "green" energy
On this topic
Mariupol Metallurgical Plant named after Ilyich increased production of general rolled products by
Steel production at Metinvest's plants in Q3 2020 increased by 22%
Steel production in September 2020
In Ukraine, the forecast drop in steel production by 7% in 2020
World steel production in September fell by 0.3%
Steel production at record levels. What's next?
Add a comment
Сomments (0)
News Analytics
Back to the future: Interpipe told how to develop the industry of Ukraine17-06-2021, 14:33
The Ministry of Energy of Ukraine will take part in the European Hydrogen Forum17-06-2021, 13:07
China will start selling metals from the state reserve to stabilize the rise in17-06-2021, 13:04
The capacity of the domestic market of rolled metal products of Ukraine17-06-2021, 11:41
Dneprospetsstal recertified production of rough railroad and locomotive axles17-06-2021, 10:21
Vaccinations fuel demand for platinum - World Platinum Investment Council08-06-2021, 12:55
Sharp price growth continues in the rolled metal market - Ukrpromvneshexpertiza08-06-2021, 11:04
Analysts note overheating of the global scrap metal market01-06-2021, 13:28
Hydrogen-fueled steelmaking could be competitive after 2050 - McKinsey19-05-2021, 14:22
Steel raw material prices are skyrocketing across the board18-05-2021, 12:34
Sign in with: