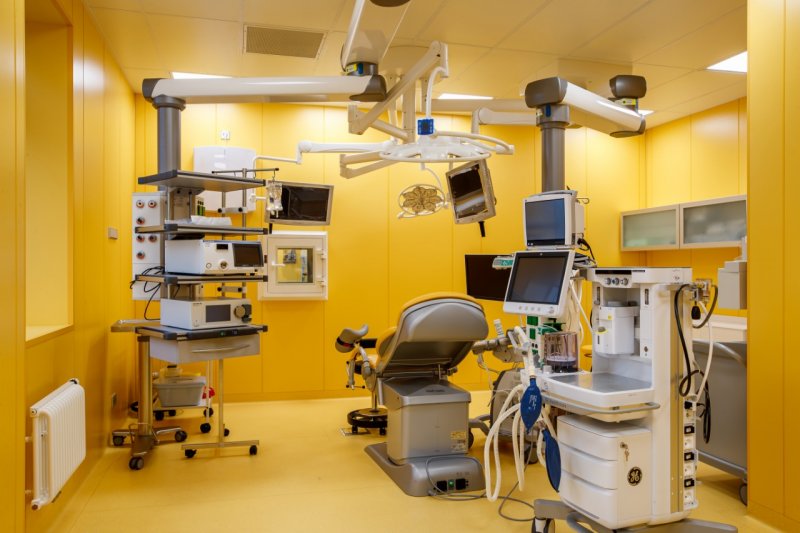 The industry portal Vademecum has compiled a rating of the TOP-200 private multidisciplinary clinics in the country for 2020. Seven Sverdlovsk medical centers entered the all-Russian rating at once. The first place among them is taken by the UMMC-Zdorovye clinic.

UMMC-Zdorovye is one of the twenty strongest players in the Russian private medical services market, taking 17th place in the overall rating. "UMMC-Zdorovye" became the first regional clinic in the ranking that does not have branches in other cities. Higher places are occupied by large medical networks or clinics, mainly from Moscow and St. Petersburg.

This is the best result of the clinic over the past 4 years - before this, UMMC-Zdorovie was in the top 20 of the Vademecum rating only in 2018, ranking 18th.

- Our clinic is part of the Ural Mining and Metallurgical Company, created not only for employees enterprises, but also for the entire population of the Sverdlovsk region and surrounding regions. Today the clinic is a recognized leader in regional medicine. The pride of "UMMC-Health" is its team. This is more than one and a half thousand people. These are not only experienced doctors and medical personnel, but also administrators, chefs and other related and important specialists. Common work allows us to once again become one of the strongest clinics in Russia.

Сomments
Добавить комментарий
Комментарии (0)
Partner news
On this topic
Family health center: a new format polyclinic opened in Yekaterinburg
A memorial plaque was opened in Krasnouralsk in memory of the former director of the Krasnouralsk
The TMK Board of Directors recommends accepting the voluntary offer of the TMK subsidiary in
The millionth patient is expected at the largest private medical center in the Urals
A national professional skill competition was held at the site of "Izumrudny Bor"
Two residential projects at once "UMMC-Developer" entered the TOP-3 of the best new
News Analytics
Russian billionaire Potanin faces $ 7bn divorce lawsuit in London09-12-2021, 10:15
Elon Musk reveals his fears about the future of humanity08-12-2021, 17:30
Ukrainian satellite SICH-2-30 went to the US cosmodrome aboard Turkish Airlines08-12-2021, 14:23
NASA Says "Potentially Hazardous" Asteroid Will Fly By Earth This Week08-12-2021, 11:42
Iron ore prices soar by 10% unexpectedly for analysts08-12-2021, 11:50
What unites Ilona Mask and other richest people in the world31-10-2021, 12:28
Moldavian Gordian knot - big politics28-10-2021, 11:03
Elon Musk's equity capital is approaching the $ 300 billion mark27-10-2021, 13:26
Hopes are dying to end the world's dependence on coal25-10-2021, 16:54
Will the rise in steel prices limit metallurgical production?25-10-2021, 11:44
Sign in with: