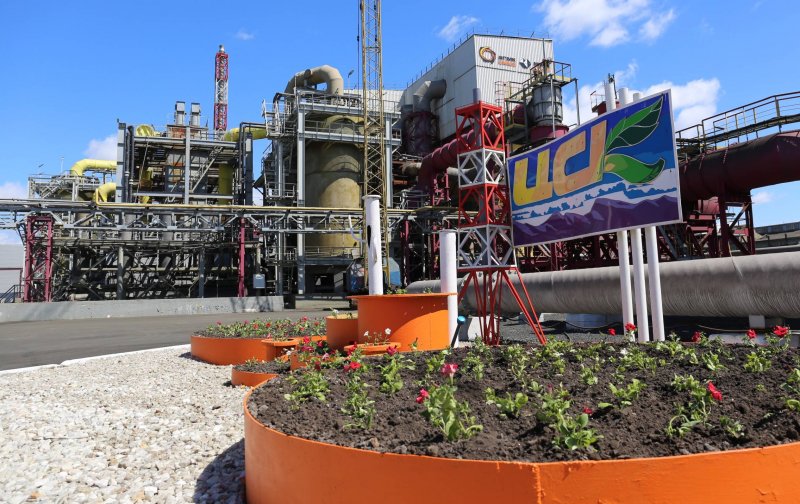 The Public Chamber of the Russian Federation highly appreciated the participation of Mednogorsk MSK (an enterprise of the UMMC metallurgical complex) in the implementation of the federal program "Clean Air." a round table held by the Public Chamber of the Russian Federation in conjunction with the project office of the federal project "Clean Air". The event was held in the format of a public-current forum "Community".

Recall that the "Clean Air" program was launched in 2018 as part of the "Ecology" national project. Its goal is to improve the environmental situation in the twelve most polluted cities and reduce their emissions by 22% by 2024 compared to 2017.

of the Clean Air project.

- Since 2019, a new sulfuric acid warehouse with a capacity of 12 thousand tons has been built at the city-forming enterprise of Mednogorsk, which ensures the stable operation of the chemical and metallurgical complex, a garage for defrosting frozen cargo, which reduces pollutant emissions substances from mobile sources as a result of the replacement of road transport by rail, - said Olga Vasilyeva, deputy director of the plant for environmental safety. “In addition, two new diesel locomotives with more efficient and environmentally friendly engines were purchased. The total costs of MMSK for the implementation of the federal project "Clean Air" amounted to 725 million rubles.

We add that in 2020 the Volga Hydrometeorological Center in the city of Mednogorsk recorded a low level of atmospheric air pollution.

- Achievement the maximum permissible emissions at MMSK is a vivid example of how the modernization of an enterprise leads to a significant improvement in atmospheric air. We analyzed the situation in Mednogorsk, where environmental issues are no longer a headache for residents. To reduce emissions, other important tasks are also being solved - these are the problems of transport, utilities, where, in fact, the industry ceases to play the first violin. Today the plant is the pride of the city, - emphasized Maxim Korolkov, head of the project office of the federal project "Clean Air".

The positive changes that are taking place at MMSK to reduce harmful emissions are the result of purposeful work on the technical re-equipment of the plant, which has been under way since the enterprise entered the sphere of influence of the Ural Mining and Metallurgical Company in 2001. During this time, it was possible to reduce the annual emission of harmful substances to the atmosphere by 17 times. The list of the main environmental projects includes: technical re-equipment of the converter department gas cleaning with the introduction of evaporative cooling units, the installation of bag filters and the modernization of aspiration systems in the copper smelting shop; construction of two technological systems of the sulfuric acid workshop, which made it possible to increase the degree of gas utilization from 85% to 98%; commissioning of a new oxygen station with a capacity of 10.7 thousand cubic meters per hour to ensure stable operation of metallurgical furnaces and units. The total cost of these works amounted to about 9 billion rubles.