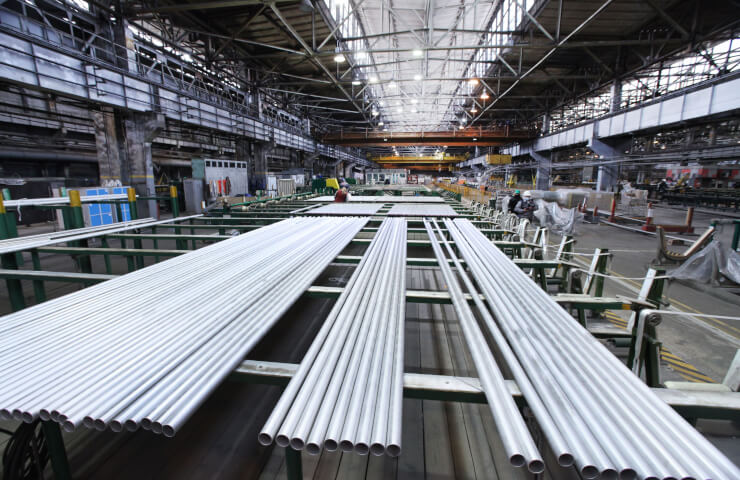 The Ukrainian company shipped 30 tons of seamless pipe for the construction of a new plant located in Poland in the Silesian Voivodeship.
The design capacity of production is 340 million square meters of separators for lithium-ion batteries. This volume is enough to equip 300,000 electric cars.
It is planned that by mid-2024 three more plants for the production of battery cells will be built in Poland.
The project investor is the South Korean company SK IE Technology, which plans to invest about 850 million euros in new facilities.
In the next few years, the European Union plans to significantly increase the production of batteries and new electric vehicles. The plan is part of a larger project to reduce CO2 emissions and achieve EU climate neutrality by 2050. Climate neutrality, or carbon neutrality, means that the amount of dangerous emissions into the atmosphere does not exceed the ability of nature to absorb them.
According to Centravis regional sales manager Denis Knyazhentsev, the order for the supply of seamless pipes passed a quality audit by a third party and was highly appreciated by the client.
“For us, this is a good bid to participate in the construction of the other three plants in Poland. But most importantly, it is a great honor to help in the implementation of a green project that will allow European manufacturers to reduce pressure on the environment,” said a representative of Centravis.
Recall that in 2021, the Ukrainian manufacturer of seamless pipes increased production to 19.45 thousand tons. The company's EBITDA amounted to 12 million euros, the volume of investments increased from 1.85 million euros to 4 million euros.
In 2022, Centravis plans to increase production to 21 thousand tons and increase investments in production to 10 million euros. The company already has a book of orders for the first half of the year and continues to work to maintain margins in the face of high inflation.
Centravis is one of the world's largest manufacturers of seamless stainless steel pipes. The company was founded in 2000. Production facilities are located in Nikopol (Dnepropetrovsk region). Centravis is one of the top 10 global players and supplies products to Thyssenkrupp, BMW, Alstom, Linde, Samsung, Volkswagen and other companies. The company employs more than 1,400 employees.