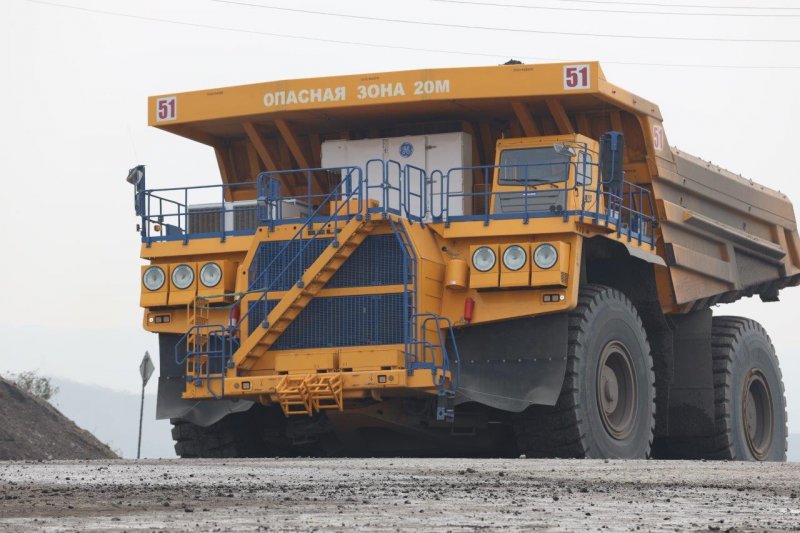 JSC "MC" Kuzbassrazrezugol "(an enterprise of the raw materials complex of UMMC) has completed the renewal of the technological vehicle fleet planned for 2019. The branches of the Company received and put into operation 87 new BelAZ mining dump trucks with a carrying capacity of 90 to 360 tons.

“This is the largest replenishment of the Company's vehicle fleet in its entire history. Today it makes up almost 600 vehicles and almost 97% consists of BelAZ dump trucks, - says Sergey Ryabkin, head of the road transport department of JSC MC Kuzbassrazrezugol. “The most demanded at the Company's enterprises are 220-ton vehicles, which account for 2/3 of the entire fleet of quarry vehicles.”

This year, Kuzbassrazrezugol purchased 49 units of 220-ton BelAZ-75306 dump trucks and 24 car BelAZ-75131 with a carrying capacity of 130 tons. In addition to the long-established models, the branches of the Company received new items: four BelAZ-75583 coal carriers with a carrying capacity of 90 tons, as well as ten 360-ton BelAZ-75605 vehicles. This is the most modern modification of the super-heavy dump trucks of the 7560 series. The purchase of high-carrying capacity machines is due to the Company's course of commissioning excavators of large unit capacity, for which efficient operation requires dump trucks corresponding to their performance.

On this topic
Knowledge Day of UMMC celebrated in Verkhnyaya Pyshma
Made in Russia: UMMC presented a new mine machine, fire-resistant cables and digital technologies
Kuzbassrazrezugol will allocate over 1 billion rubles for the development of railway transport
Mechel and BELAZ-24 signed a contract for the supply of mining dump trucks
Kuzbassrazrezugol expands its technological transport fleet
Lebedinsky GOK received new 220-ton BELAZ trucks
Добавить комментарий
Комментарии (0)
News Analytics
Tibet invests about $ 30 billion in infrastructure projects in 5 years06-03-2021, 14:39
Siemens Energy promised Deutsche Welle to closely monitor democracy in Belarus06-03-2021, 10:32
US and EU suspend the collection of duties that were imposed against each other05-03-2021, 22:48
Turboatom and Electrotyazhmash discussed prospects for cooperation under05-03-2021, 19:04
DMZ Yaroslavsky in February almost doubled the production of rolled products05-03-2021, 18:19
Spread between raw materials and high strength alloy steel in Europe increased01-03-2021, 20:21
Increase in prices is forecasted in the markets of steel raw materials -26-02-2021, 09:25
Troy ounce of gold will drop $ 500 in two years - Fitch25-02-2021, 18:29
Global iron ore production growth to outstrip cumulative production in India23-02-2021, 10:22
Fitch Ratings Warns of “Shocking Impact” on Fossil Fuel Exporters18-02-2021, 14:44
Sign in with: