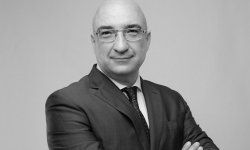 "Left a brilliant leader, strong-willed professional and, most importantly, close to me. Unfortunately, Andrew left us at a young age and at the peak of his career. He was at the forefront of metalloinvest and for many years directed it with his usual passion. All that he has created, will serve the people and Russia. He will forever live in my memory and in my heart," said the founder of USM Alisher Usmanov.

"it is Difficult to convey the severity of this loss, said the Chairman of the Board of Directors of management company metalloinvest Ivan Streshinsky. Died, a close friend and reliable comrade, a scholar and a wise mentor for colleagues. Sincere condolences to the families and loved ones. Andrew was an extraordinary and strong man, a real fighter. We will miss him".

Andrey Varichev has headed the company since 2009. Since 1992, he has held senior positions in a number of Russian metallurgical enterprises. In 2005-2006, led by Mikhailovsky GOK, then, in 2006-2009, he held the positions of commercial Director, first Deputy General Director UK "metalloinvest".

He was awarded the order of Friendship, the title of a "honoured Metallurgist".