Kuzbassrazrezugol has launched the second Russian excavator of the modernized series 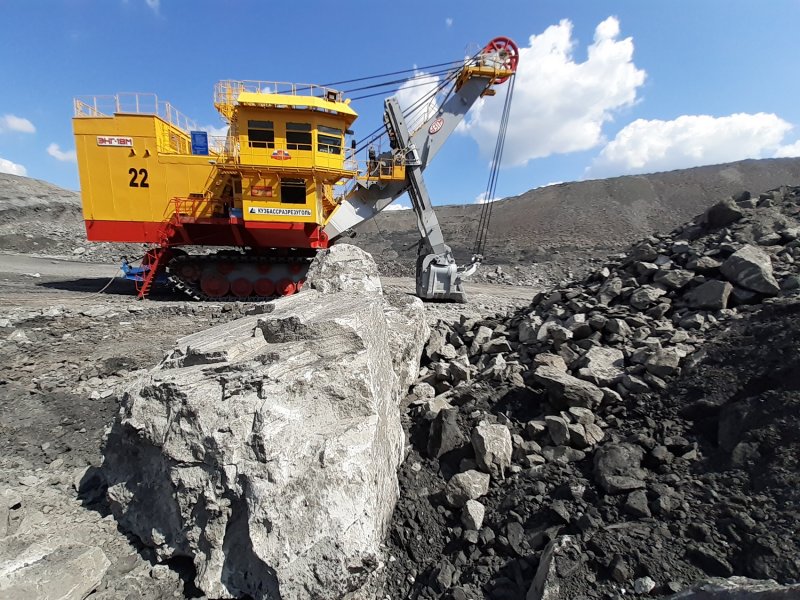 A new domestic excavator EKG-18M was put into operation at the Kedrovsky coal mine of JSC "MC" Kuzbassrazrezugol "(an enterprise of the raw materials complex of UMMC). This is the second machine of the modernized series produced by PJSC Uralmashzavod (UZTM). The first EKG-18M in Russia, which was awarded No. 300 in honor of the upcoming 300th anniversary of the discovery of Kuzbass, was solemnly put into operation on May 19, 2020 at the Bachatsky open pit.

When creating a modernized model of an excavator, nine years of operating experience were taken into account At the Kuzbassrazrezugol Management Company of the previous series of the EKG-18 machine, today the Company employs ten such excavators.

Qualitative changes aimed at improving the reliability, service life of the machine and work safety have affected most of the main units, structures and systems. In EKG-18M, the mechanism for opening the bottom of the bucket, the design of the boom and the bogie has been modernized, the body tightness has been increased, more comfortable conditions have been created for the driver, a multi-camera video surveillance system, an information and diagnostic system, and a combined automatic fire extinguishing system made in Kuzbass have been installed.

“Each excavator is unique in some way because we are constantly making design changes and working closely with the manufacturer. So the Kedrovsky EKG-18M differs from the Bachatsky one, - says Roman Sivtsov, head of the technical department of the equipment maintenance department of the Kuzbassrazrezugol Management Company. “This time, new technical solutions concerned improving the tightness of the body and collecting the used lubricant of the hoisting rope, they were brought in by the miners who will work on this machine.”

The second EKG-18M was entrusted to the brigade of Andrey Yegorov, who, according to the results of the competition professional excellence-2020 was recognized by the Kuzbassrazrezugol Management Company as the best excavator operator with a bucket volume of up to 18 m³.

By the end of 2020, the Coal Company plans to commission three more EKG-18M: two at Bachatsky and one at Kaltansky coal mine.