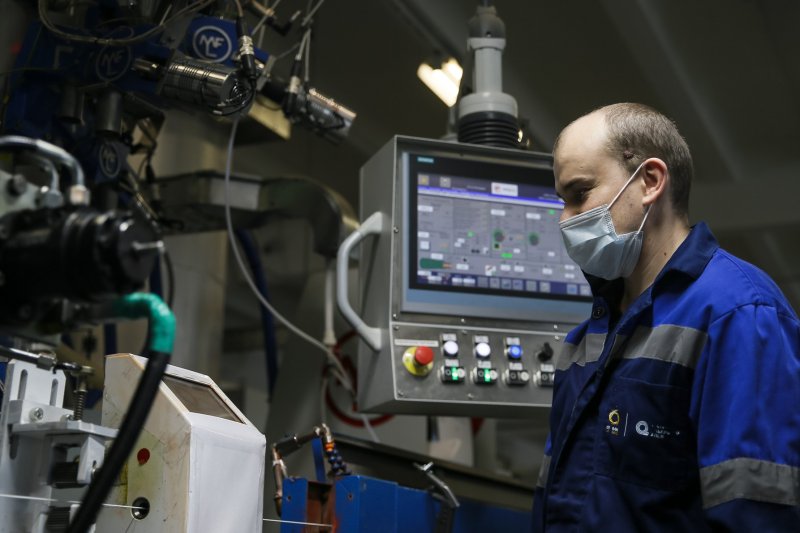 The Cable Alliance Holding (HCA), which unites the cable assets of UMMC, was visited by representatives of the Honest Position Association and the Ural Chamber of Commerce and Industry. They took samples at the warehouse site where the products of three plants of the KhKA are stored: JSC Uralkabel (Yekaterinburg), JSC EKZ (Kolchugino), JSC Sibkabel (Tomsk). The cable used for the wiring will be tested in an independent accredited laboratory for key quality and safety parameters. The results will be announced in a month, since a number of tests according to technical criteria take a long time.

"Honest Position", which unites Russian representatives of the electrical industry, selects the cable on a regular basis. Initially, the inspections covered significant construction projects and retail trade networks in various regions of Russia, now they decided to include distributors and manufacturers directly in this process, starting with the Cable Alliance Holding, - said Andrey Alekseev, a representative of Honest Position.

According to the Association, the share of counterfeit products in the cable market, depending on the region and product segment, reaches 15-30%. Since there is no systematic control over the quality of cable and wiring products at construction sites, there is no guarantee that a high-quality, safe cable has been laid in residential buildings, kindergartens, schools, shopping and entertainment centers. The selections held this year at construction sites showed that 80% of the discrepancies relate to the fire-safe characteristics of the cable. Materials based on the results of inspections were transferred to Rosstandart and the prosecutor's office.

“Poor-quality cable gets to construction sites based on the results of tenders, where the main criterion is price. Unscrupulous manufacturers, saving on materials, receive additional benefits, - explained Marat Kalimullin, deputy head of the marketing department of KhKA. - Counterfeit fire instantly spreads fire, and the building can flare up like a house of cards. In addition, when burning, such a cable emits thick black smoke and poisonous gases - the chances of escape from fire victims are minimal. ” products. High-precision instruments monitor the smallest defects at each stage of the technological process, preventing rejects.

“There is a GOST, which prescribes requirements for the resistance and diameter of a conductor, insulation and sheath thickness. Many manufacturers prefer to work according to their own specifications, in violation of the requirements of GOST, laying down the minimum values ​​for the thickness of the insulation and shell. They are not enough to protect the product from mechanical stress, which is inevitable during installation. Also, often in the production of counterfeit copper scrap is used, which has a reduced electrical conductivity, as a result, the networks do not withstand the loads, which leads to short circuits and causes fires, "explained Olga Ivanova, Deputy Director for Quality at Uralcable.

As the representative of "Honest Position" added, the next step in the work will be to compile a rating of manufacturers, which can be used by large distributors and consumers.