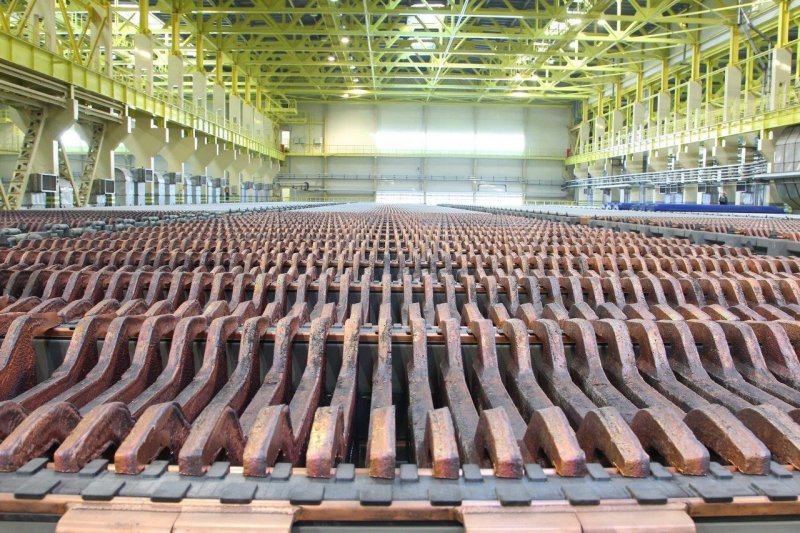 Uralelectromed JSC (an enterprise of the UMMC metallurgical complex) produced 400 thousand tons of copper cathodes based on the results of production activities in 2018, which amounted to 105.8% to the level of 2017 ... The enterprise has achieved this result for the first time in 85 years of its operation.

According to the chief engineer of JSC Uralelectromed, Alexey Korolev, this is primarily due to the commissioning in 2018 of the second stage of the copper electrolysis workshop, which operates on baseless technology.

- The design and equipment of the second stage of the new workshop was carried out taking into account the latest achievements and new technologies for copper electrorefining. In particular, a new generation cathode stripping machine, equipped with six German-made robots, was installed in the shop, he noted.