In Verkhnyaya Pyshma, the results of the III Engineering Games of the UMMC were summed up 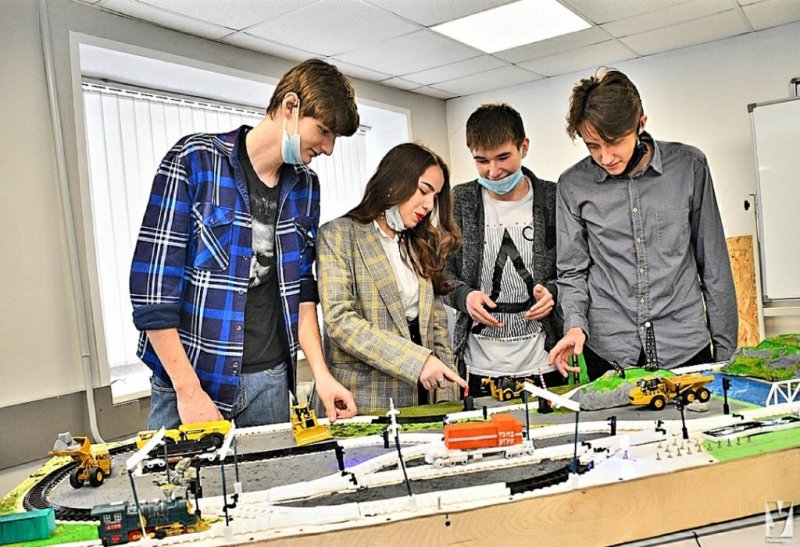 The final defense of projects of the Third competition for the best engineering idea among schoolchildren and students of UMMC Engineering has been completed. Within five days, the jury considered 53 projects from 25 enterprises of the holding. The works were presented in the areas of metallurgy, mining, automation, energy, mechanics, information technology, ecology and industrial safety, professional orientation.

“It is very important for us that you continue to invent and implement your projects ... You are our future reliable replacement, we need talented, smart, energetic specialists! ", - Dmitry Malyshev, HR Director of UMMC, addressed the finalists.

The projects were evaluated by highly qualified employees of UMMC, UMMC Technical University and company organizations (JSC "Uralelectromed", JSC "Uralmekhanobr", PJSC "SUMZ"). They noted that despite the current anti-epidemiological restrictions, the students were able to prepare high-quality projects and models, demonstrated good knowledge of modern technologies and aptitude for engineering activities.

“This year the Engineering Games of UMMC took place in unusual conditions, many children and the mentors had to communicate remotely. Nevertheless, the teams had excellent projects, a summer project school of Engineering was held on Lake Tavatui, and the defense of projects through Zoom was very interesting. So the remote format of work is not a hindrance to us, "said the chairman of the competition committee Yevgeny Karaman.

Projects for the final of the" UMMC Engineering "were being prepared for several months. Pupils and students worked closely with teachers and engineers from UMMC organizations. The project activity began with the setting of tasks by enterprises, then the participants got acquainted with the latest technologies of the UMMC, and then presented proposals and justification for solutions, carried out calculations and developed models of new devices or technologies. The projects that won at the factory stages reached the final.

Among the finalists there is a team from Uralelectromed JSC (Verkhnyaya Pyshma, Sverdlovsk region), which has created an operational model of the raw materials acceptance and processing workshop using modern BIM technology ... The team from PJSC "Nadezhda Metallurgical Plant " (Serov, Sverdlovsk Region) was remembered by the jury for the development of an adaptive simulator for a metallurgical production crane for organizing the educational process. And the team from JSC "Uchalinsky GOK " (Uchaly, Republic of Bashkortostan) - a project to ensure the safety of train traffic on the inter-station section of the stations "Kombinatskaya " and "Mezhozernaya ". The guys propose to ensure the result by upgrading the existing signaling, centralization and blocking systems.

The best projects and models of UMMC Engineering in 2020 are planned to be exhibited at the grand opening of the Palace of Technical Creativity in Verkhnyaya Pyshma. The winners of the competition were awarded with diplomas of laureates and valuable prizes. In the near future, the enterprises will consider the possibility of finalizing their projects and introducing them into production. The best engineers-mentors this year will be presented for rewarding with a new corporate badge - "Mentor of UMMC", and teachers-mentors will be awarded letters of thanks.

As a career guidance project, "Engineering UMMC" has already proved its effectiveness. For three years more than 1000 children took part in the competition, many of them try their hand again. During this period, 450 projects were developed, including 30 being introduced into production. 95% of school graduates - participants in the competition - enter technical universities, 12 of them this year became students of the UMMC Technical University.

On this topic
We modernize production: the summer shift of UMMC Engineering is over
For the first time in Russia, a corporate University conducted the defense of the thesis in
UMMC organized an engineering camp on Lake Tavatui
The development of schoolchildren will help Sibkabel save up to 1.5 million rubles a year
The eternal flame from the factory furnace, Victory Waltz, Procession of military equipment and a
The best projects of "UMMC Engineering" will be implemented in production
Добавить комментарий
Комментарии (0)
News Analytics
Coronavirus drove Belgian skiers to the slopes of the Charleroi waste heap07-03-2021, 13:52
US Steel focuses on the production of nanosteel for high-strength alloys07-03-2021, 13:46
Poland could lead the race in hydrogen steel technology07-03-2021, 11:29
US Senate Adopts $ 1.9 Trillion Stimulus Package06-03-2021, 23:54
Tibet invests about $ 30 billion in infrastructure projects in 5 years06-03-2021, 14:39
Spread between raw materials and high strength alloy steel in Europe increased01-03-2021, 20:21
Increase in prices is forecasted in the markets of steel raw materials -26-02-2021, 09:25
Troy ounce of gold will drop $ 500 in two years - Fitch25-02-2021, 18:29
Global iron ore production growth to outstrip cumulative production in India23-02-2021, 10:22
Fitch Ratings Warns of “Shocking Impact” on Fossil Fuel Exporters18-02-2021, 14:44
Sign in with: