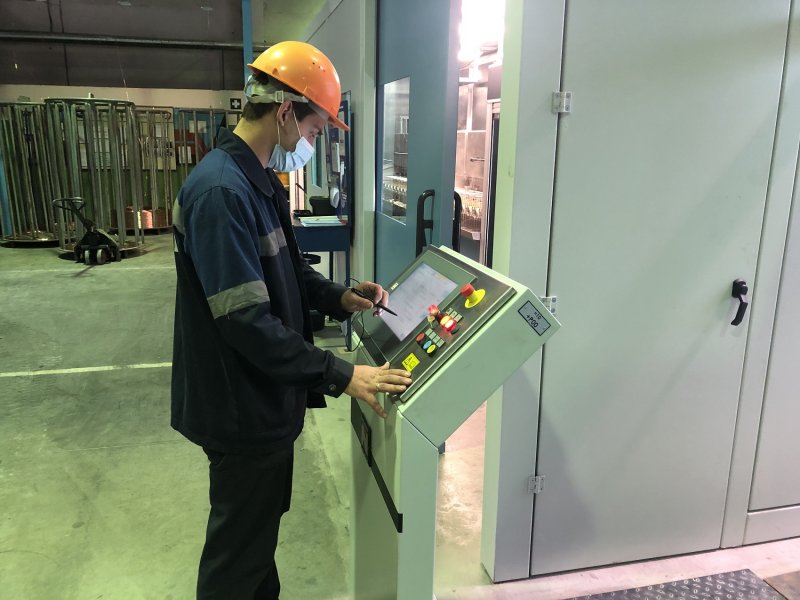 Sibkabel JSC (part of the Cable Alliance Holding, which unites the cable assets of UMMC) has launched a high-tech eight-strand drawing line, which will increase productivity and product quality.

New equipment has been installed in workshop No. 40 and in It is primarily intended for the production of flexible power cables that are used for general construction needs.

“In the process of drawing, the wire is set to the required diameter for the subsequent twisting of the cable conductor (TPZ). Previously, the needs of shop No. 40 for this semi-finished product were closed by the second shop, where drawing was carried out on single-line lines, which slowed down the process. In addition, this equipment does not have an annealing attachment - the process had to be completed in muffle furnaces, which is four additional working hours. In addition, with this technology, it was difficult to achieve stable parameters of the wire: this led to the formation of loops and breaks when twisting in the TPG, "explained Alexander Gazenauer, head of the prospective development bureau of Sibcable JSC.

The new machine will be equipped with eight wires are drawn at once, the process parameters are set automatically, so deviations from the norm are excluded. As a result, the further stage of twisting and braiding the TPG will be one and a half times faster. The advantages also include automatic change of dies (wire drawing tools) and cleaning of contact devices.

“The perfect result of our work depends on each stage of production. At the factories of "Cable Alliance Holding" an integrated approach to the quality control system and improvement of technological processes. The new drawing line is the next step in the large-scale modernization of workshop No. 40. Previously, a line for baking fluoroplastic insulated wires, tape winding machines for fire-resistant cables and wires for rolling stock were installed there, a new extruder was installed on the continuous vulcanization line. They are preparing to launch 9 braiding machines and 4 reed machines, ”said Alexey Zhuzhin, director of Sibkabel JSC.

On this topic
EKZ will increase control over the quality of insulation of control and communication cables
The TMK Board of Directors recommends accepting the voluntary offer of the TMK subsidiary in
Plant "Sibkabel" launched a line drawing worth over 1 million euros
"Sibkabel" has acquired a new stranding machines
Plant "Sevkabel" has acquired a new stranding machines
Elektrokabel has expanded its equipment fleet for the production of control cables and control
Добавить комментарий
Комментарии (0)
News Analytics
In the Republic of Tuva, a citizen of China died as a result of a collapse in a17-01-2021, 11:44
Lenovo remains the global leader in personal computer shipments in 202017-01-2021, 08:19
Ukrzaliznytsia held successful auctions for the sale of scrap metal with an16-01-2021, 17:35
Gosgeonedra of Ukraine is moving to the world geodetic coordinate system WGS-8416-01-2021, 13:38
The only uranium mining enterprise in Ukraine reduced uranium production by 7.1%16-01-2021, 13:52
China will overtake the United States to become the world's largest economy in27-12-2020, 12:04
The shortage in the US steel market will last at least until the end of the25-12-2020, 11:36
Steel production in China to surpass one billion tons this year23-12-2020, 10:59
Iron ore prices hit seven-year high and continue to rise15-12-2020, 10:26
Prices for metallurgical raw materials continue to rise in regional markets10-12-2020, 11:32
Sign in with: