The management company "Kuzbassrazrezugol" expands the functions of radio communication 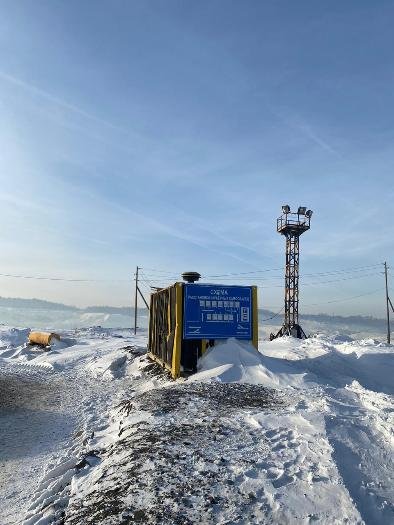 Two sets of equipment for remote control of electromechanical sirens were put into operation at the Taldinsky open-pit mine of JSC "MC" Kuzbassrazrezugol "(an enterprise of the UMMC raw materials complex), ensuring the safety of drilling and blasting operations.

“ Every massive explosion in mining operations is mandatory must be accompanied by audible signals. This is of great importance for safety, - said Vladimir Lornhart, deputy director for drilling and blasting of the Taldinsky coal mine branch. - Previously, to turn on the siren, a specialist was needed who, being near the installation, manually triggered the signal. Now the signal can be sent from any point in the coverage area of ​​radio communication. "

Remote control of sirens increases efficiency when organizing an explosion, reduces the time and costs of moving blasting personnel.

" Based on the terms of reference , developed jointly with the company "Kuzbassrazrezugol", our partner "MPT-Service Project" has created a system that allows using radio communication of the MPT-1327 standard to control the launch of sirens. The blasting manager using a portable radio station TAIT remotely, being within the radio coverage of mining operations, has the ability to turn on the sirens to notify the workers of the mine: "warning" - one continuous signal; "Combat" - two long, "hang up" - three short ", - says Alexander Rodionov, advisor of the apparatus of the director of Kuzbassvyazugol.

While the siren remote control system is operating in the Taldinsky open-pit mine in test mode, it is planned to equip other enterprises with similar systems in the future "Kuzbassrazrezugol".

On this topic
Kuzbassrazrezugol started the development of the second GPS
The TMK Board of Directors recommends accepting the voluntary offer of the TMK subsidiary in
"Kuzbassrazrezugol" has got the second Shadrinskiy locomotive
"KRU" has introduced the advanced system of digital radio
Kuzbassrazrezugol is increasing production at the Taldinsky open-pit mine
Kuzbassrazrezugol expands its technological transport fleet
Добавить комментарий
Комментарии (0)
News Analytics
Gas prices in Ukraine have reached a record value over the past two years -16-04-2021, 17:24
Ukrmetallurgprom asks the Antimonopoly Committee to allow Metinvest to bid for16-04-2021, 17:23
A fatal accident occurred on the territory of the Dnieper Metallurgical Plant16-04-2021, 13:01
Cars built for Euro 2012 will be repaired at the Kryukov Carriage Works16-04-2021, 12:46
Novokramatorsk Machine-Building Plant has raised wages for the second time16-04-2021, 12:54
World Steel Association predicts a good year for metallurgists15-04-2021, 18:19
World Steel Association defines green steel and its variations12-04-2021, 13:14
China unlikely to cut steel capacity in 2021 due to high steel prices07-04-2021, 12:11
Scrap metal market at the beginning of April02-04-2021, 11:10
Rising Chinese Prices Fueled Rising Global Steel Prices - MEPS25-03-2021, 18:54
Sign in with: