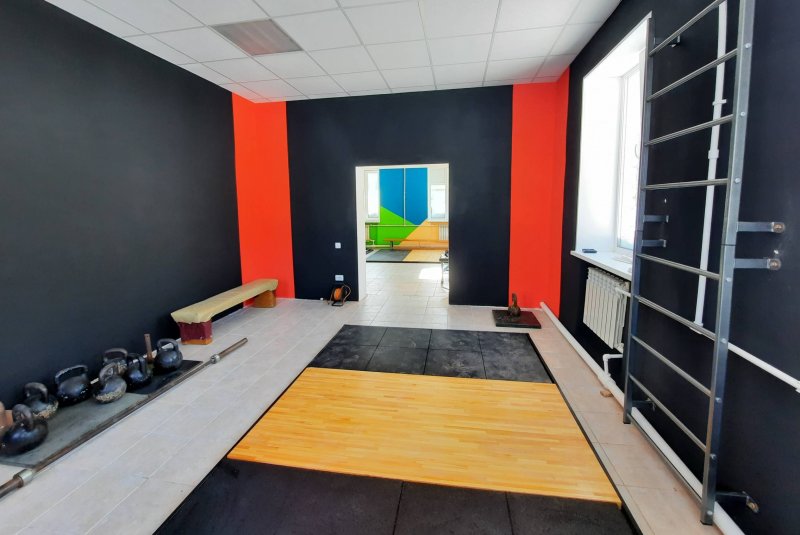 Mednogorsk MSK (an enterprise of the metallurgical complex of UMMC) presented the renovated weightlifting hall to the pupils of the sports school.

The weightlifting hall opened its doors after major repairs and re-profiling of the former ski base located at the Trud stadium. Funds for these purposes in the amount of 1.5 million rubles were allocated by a copper-sulfuric plant. A modern sports facility with a set of necessary equipment and facilities for full-fledged training, including the organization of competitions, has come at the disposal of the CYSS.

- Now we have a comfortable sports facility where up to fifty weightlifters can train at the same time, - says the candidate for master of sports Maxim Zalipyatsky, who noted the clear advantages of the new gym with the same conditions, when it was necessary to train in an adapted semi-basement of a residential building.

We add that the weightlifting section of the local youth sports school is famous for its sports achievements. So, at the last championship of the Orenburg region among juniors, Mednogorsk weightlifters won eight gold, four silver and three bronze medals.

- Currently, the Trud stadium is undergoing a systematic process to form a multifunctional sports complex so that the residents of Mednogorsk could engage in a variety of sports. The implementation of this program became possible thanks to the active participation of the city-forming enterprise, - says the head of the city Andrei Nizhegorodov.

Recall that in 2019, MMSK donated a refurbished training hall with a wrestling mat and exercise machines for classic style wrestlers. In August 2020, he put into operation the FOK "Sokol", and in the summer of this year he plans to start building a swimming pool. All these facilities are deployed at the city stadium.

In addition to the Mednogorsk copper and sulfur plant in the Orenburg region, there are such enterprises of the Ural mining and metallurgical company as PJSC Gaysky GOK (Gai city), specializing in the extraction of copper and pyrite ore by underground and open-pit methods and its processing at its own processing plant, Orenburg Radiator LLC (Orenburg), specializing in the development, implementation and serial production of radiator products.

On this topic
Mednogorsk metallurgists supported city health care
Mednogorsk metallurgists support urban healthcare
A new oxygen station was launched in Mednogorsk and a fitness center was put into operation
The TMK Board of Directors recommends accepting the voluntary offer of the TMK subsidiary in
MMSC donated two units of municipal vehicles to the city economy
A new sambo section has opened at school No. 17 of Sukhoi Log
Добавить комментарий
Комментарии (0)
News Analytics
The capacity of the domestic steel market in Ukraine in January-March decreased19-04-2021, 10:33
In Russia, there is an exuberant demand for agricultural machinery19-04-2021, 10:24
Iran is satisfied with the reaction of the world community to 60% enrichment of18-04-2021, 13:24
Gas prices in Ukraine have reached a record value over the past two years -16-04-2021, 17:24
Ukrmetallurgprom asks the Antimonopoly Committee to allow Metinvest to bid for16-04-2021, 17:23
World Steel Association predicts a good year for metallurgists15-04-2021, 18:19
World Steel Association defines green steel and its variations12-04-2021, 13:14
China unlikely to cut steel capacity in 2021 due to high steel prices07-04-2021, 12:11
Scrap metal market at the beginning of April02-04-2021, 11:10
Rising Chinese Prices Fueled Rising Global Steel Prices - MEPS25-03-2021, 18:54
Sign in with: