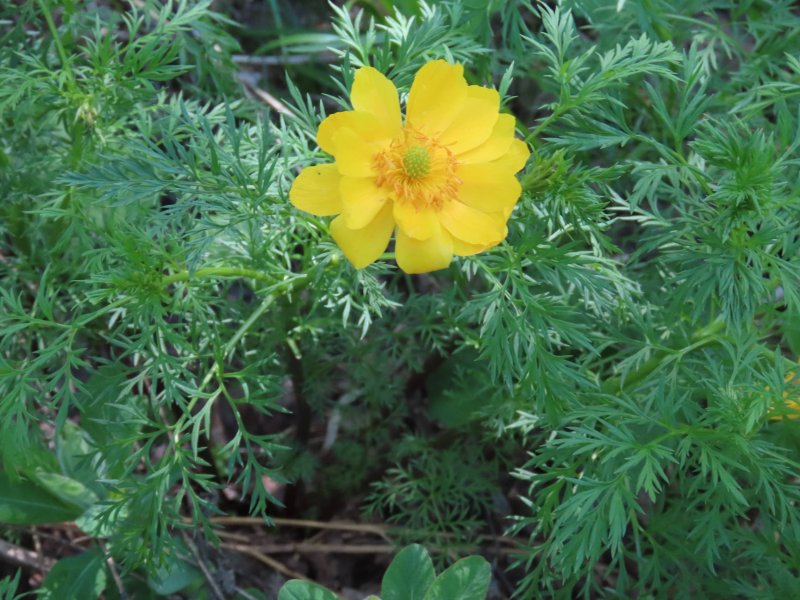 JSC "MC" Kuzbassrazrezugol "(an enterprise of the UMMC raw materials complex) was one of the organizers of the first specially protected natural area (SPNA) in the Prokopyevsk municipal district. With the financial support of the coal company, a botanical reserve of regional significance “Uvaly village of Luchshevo” was created. The project was implemented jointly with scientists from the Kuzbass Botanical Garden of the Federal Research Center for Coal and Coal Chemistry of the Siberian Branch of the Russian Academy of Sciences with the assistance of the Government of the Kemerovo Region-Kuzbass. forest-steppe area with hills of 920.7 hectares. 227 plant species grow on the territory of the reserve, five of them are listed in the Red Data Books of the Kemerovo Region and the Russian Federation. These are Zalessky feather grass, feather grass, Siberian kandyk, large-flowered slipper and fluffy old oak.

“The reserve was created so that people living here understand that their heritage is the property of the whole world, because biodiversity conservation - this is a global trend ", - says Andrey Kupriyanov, Doctor of Biological Sciences, Director of the Kuzbass Botanical Garden of the Federal Research Center of Coal and Coal Chemistry of the SB RAS.

Uvaly of the village of Luchshevo is the 22nd specially protected natural area regional significance in the Kemerovo region. An ecological trail will be organized on the territory of the reserve. In the year of the celebration of the 300th anniversary of the industrial development of Kuzbass, with the support of the coal company, another protected area will be opened - the botanical monument of nature "Artyshta" in the Belovsky district.

"Kuzbassrazrezugol" has repeatedly proved that we are "green "A company focused not only on compliance with the existing environmental legislation, but also on the preservation of the biodiversity of the unique nature of Siberia," says Vitaly Latokhin, Deputy Director for Ecology, Industrial Safety and Land Use at Kuzbassrazrezugol Management Company JSC. - We will continue to provide assistance to the Uvaly village of Luchshevo reserve. We will also continue to cooperate with all parties interested in preserving the ecology of the region. ”

On this topic
SUMZ held a charity event for planting trees in a specially protected natural area Kabalinskie
"KRU" creates ekopoligon
"KRU" will create natural reserves
The TMK Board of Directors recommends accepting the voluntary offer of the TMK subsidiary in
"UMMC-Builder" will give the city land for construction of social infrastructure in "the emerald
Miners of the Kuzbassrazrezugol Management Company received a thousand awards for the double
Добавить комментарий
Комментарии (0)
News Analytics
Electrotyazhmash was allowed to overhaul the rolling stock of Ukrzaliznytsia21-04-2021, 16:17
Dniprostal-Energo initiates an auction for the purchase of electricity on the21-04-2021, 16:08
Zaporizhstal donated a new oxygen station to the Zaporizhzhya Regional21-04-2021, 15:11
Brazil is interested in the production capabilities of Yuzhmash21-04-2021, 14:35
Energoatom ordered a condenser from Turboatom worth 0.5 billion hryvnia for21-04-2021, 14:28
Global hydrogen demand to grow 7-fold by 2070 - PwC21-04-2021, 12:31
World Steel Association predicts a good year for metallurgists15-04-2021, 18:19
World Steel Association defines green steel and its variations12-04-2021, 13:14
China unlikely to cut steel capacity in 2021 due to high steel prices07-04-2021, 12:11
Scrap metal market at the beginning of April02-04-2021, 11:10
Sign in with: