"There is no such thing anywhere!": A rehearsal of a unique festive procession dedicated to Victory Day was held in Verkhnyaya Pyshma 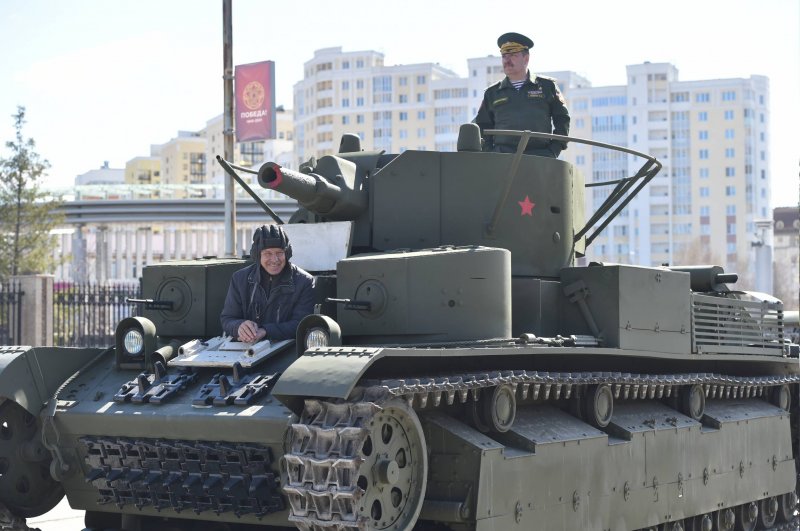 The first joint rehearsal of the festive procession of foot and mechanized columns this year took place on May 3 in Verkhnyaya Pyshma. The total number of participants is almost one and a half thousand people. Among them are cadets and junior soldiers of Verkhnyaya Pyshma, veterans of local conflicts, as well as ceremonial crews of the formations of the Central Military District and the National Guard. The rhythm and pace of the parade crews of the foot column were set by the drummers of the Yekaterinburg Suvorov School.

39 rare armored vehicles, self-propelled and trailed artillery pieces, tractors, motorcycles and tanks followed along Uspensky Prospekt. Among them are the legendary T-34 tanks, the five-turret T-35 tank and the SU-100 self-propelled tank destroyer developed at Uralmashzavod. For the first time, heavy tanks IS-3 and KV-1, as well as a ZIS-6 truck with a sound station in the back will take part in the march.

“There is no such thing anywhere! On May 9, we will show the residents and guests of Verkhnyaya Pyshma the history of Soviet parades - from the pre-war ones, which were traditionally held on May 1 and November 7, to military and post-war parades. Combat vehicles are divided into chronological groups. For example, the heavy tank IS-3 closes the column of Soviet equipment. It became the symbol of the famous Allied parade in Berlin in 1945. " - says the director of the UMMC Museum Complex Viktor Sevostyanov.

A separate group passed the combat vehicles supplied by the USSR allies under the Lend-Lease program. Among them are the Sherman tank, the Willis and the Studebaker vehicles. The mechanized column is formed from the exhibits of the Parade Roster exhibition center of the UMMC museum complex.

This year mostly veterans of the armed forces, participants in local conflicts, control combat vehicles. In the crew of one of the tanks there is a guard foreman of the reserve Vyacheslav Polezhaev, a tankman and grandson of a tanker, hero of the Soviet Union Nikolai Polezhaev. The grandson attached a photo of his grandfather to the hatch cover of his T-34 tank. In the 45th year, the 23-year-old hero Nikolai Polezhaev also ruled exactly the same. He received the "Golden Star" for his selfless actions while crossing the Warta River for a tank corps.

The main task for foot crews and crews of rare vehicles is to maintain a distance and pace of movement - from 4 to 5 km per hour. The participants coped well with it.

On May 7, a dress rehearsal of the festive procession will take place. On the ground, the coherence of their actions will be checked by the calculations of the pedestrian and mechanized columns, and in the sky over Verkhnyaya Pyshma, the passage of the parade line will be worked out by the crews of planes and helicopters of the Central Military District.