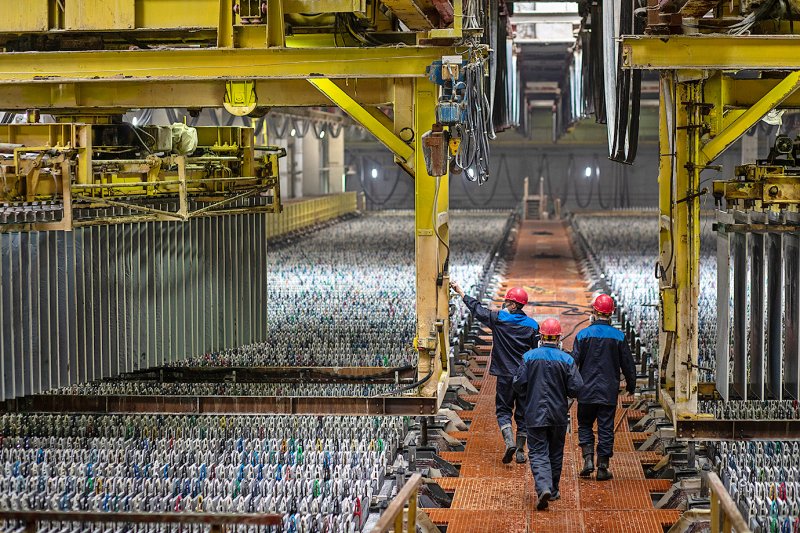 UMMC has calculated the economic effect from the implementation of the transformation program in the first quarter of 2021. Nine enterprises of UMMC together brought the company an additional 2.7 billion rubles, exceeding the plan by 500 million rubles. Contributions were made by: Chelyabinsk Zinc Plant, Siberia-Polymetals, Nova Zinc, Kuzbassrazrezugol (branches of Bachatsky, Kaltansky, Krasnobrodsky and Taldinsky), Cable Alliance Holding (Electrocable Kolchuginsky Plant), Uralelectromed , Gaysky GOK, Uchalinsky GOK and Sredneuralsky copper smelter.

In the first three months of this year, the teams of the enterprises developed and successfully implemented 237 initiatives aimed at increasing productivity and reducing costs. Employees who participated in the development and implementation of the initiatives received additional bonuses in the amount of five percent of the amount of the achieved economic effect. The size of the bonus fund amounted to 147.6 million rubles, more than 6.8 thousand employees were awarded.

One of the most impressive initiatives in terms of economic effect - 237.5 million rubles - was implemented at the Krasnobrodsky Coal Mine branch of the Kuzbassrazrezugol company. Here it was possible to reduce downtime associated with scheduled preventive work. For this, development department engineers have developed two regulations: one - increases the motivation of maintenance personnel to perform operations quickly and efficiently, the other - optimizes the process of preparing equipment for shutdown before scheduled repairs. The initiative will increase the working time fund by 105 hours per year.

Финансовая аналитика, прогнозы цен на сталь, железную руду, уголь и другие сырьевые товары. More news and analytics on Metallurgprom telegram channel - subscribe to get up-to-date market information and price forecasts faster than others.
Сomments
Добавить комментарий
Комментарии (0)
On this topic
LLP "Nova-Zinc" has reached record levels of ore processing
Subsidiary of the Chelyabinsk Zinc Plant in Kazakhstan fulfilled the ore mining plan ahead of
Mandrivnik Spodin Igor
According to the results of the first half of the year, UMMC exceeded the plan of the
Implementation of the transformation program in 2020 brought UMMC 3.8 billion rubles
Cup holders of the Elektrokabel plant recognized as artistic value
News Analytics
EBRD downgrades Ukrainian economic growth forecast for 2023 from 25% to 8%28-09-2022, 13:57
EU plans additional sanctions against Russian metallurgy27-09-2022, 10:34
The European Commission has approved 5.2 billion euros of state support for27-09-2022, 10:43
China's leading industrial profits fall 2.1% in first 8 months27-09-2022, 10:20
Moody's changed the outlook for the global mining industry to26-09-2022, 19:04
China production cuts in winter will give limited boost to steel markets -15-09-2022, 10:09
Steel prices may rise as manufacturers stop production11-09-2022, 14:06
IREPAS: The global long products market is in a "dramatic situation"10-09-2022, 20:49
Steel prices are unlikely to rise significantly in the near future - analysts02-09-2022, 22:58
Steel prices may move up on new data from China31-08-2022, 12:19
Sign in with: