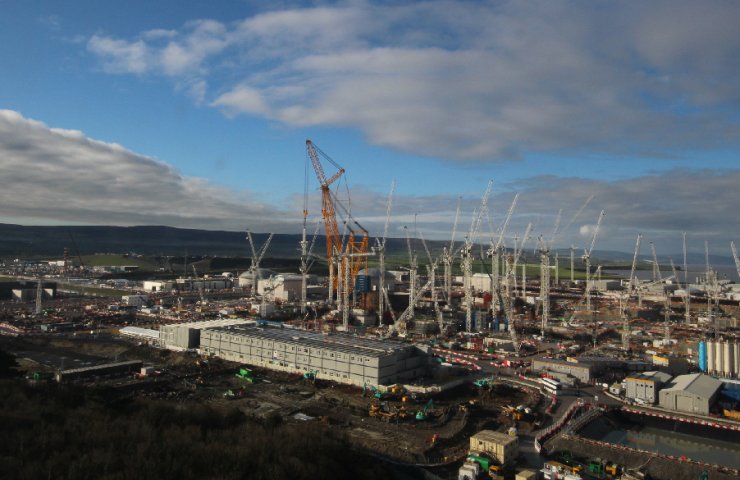 This was reported by the company's official Facebook page.
To become a supplier for Hinkley Point C, Centravis has passed the certification procedure. The company supplies seamless pipes for the first circuit and the second circuit of the reactor, as well as for the life support systems of the station.
The first batch of pipes from Nikopol to the county of Somerset, where the station is located, through partners "Centravis" sent in 2019. After that, the company received orders to produce several more batches.
In total, the company plans to produce at least 800 tons of pipes for this facility.
Construction on Hinkley Point C is currently in full swing.
The station will have two reactors. They will provide environmentally friendly low-carbon electricity to about 6 million homes. The launch of the NPP will help reduce carbon emissions by 9 million tons per year or 600 million tons over the life of the plant.
The station is scheduled to start operating in 2026. The cost of the whole project is 22-23 billion pounds.
Note that Centravis (Nikopol) is one of the ten largest manufacturers of seamless pipes in the world. The company produces pipes for Thyssenkrupp, BMW, Alstom, Linde, Samsung, Volkswagen and other well-known brands.

On this topic
Average salary at Centravis increased by 15% over the year - up to UAH 19 thousand
The TMK Board of Directors recommends accepting the voluntary offer of the TMK subsidiary in
TMK's Board of Directors approved a program for the acquisition of TMK's common shares by its
TMK Announces 4Q and 12M 2019 IFRS Results
TMK Announces 1Q 2019 IFRS Results
TMK Announces 4Q and 12M 2018 IFRS Results
Partner news
Сomments
Добавить комментарий
Комментарии (0)
News Analytics
Глава ЕС по торговле выступил за сделку по тарифам на сталь с США в25-07-2021, 19:48
Ukroboronprom confirmed the intentions of Antonov State Enterprise to start25-07-2021, 11:15
Gazprom reacted to the refusal of Naftogaz of Ukraine to buy Russian gas with25-07-2021, 11:00
Iron ore has become a strategically important raw material for defense -24-07-2021, 11:06
Vietnam overtook Ukraine in the world ranking of steel-producing states24-07-2021, 11:38
On the regional markets of metallurgical products, prices are balancing in a22-07-2021, 16:22
Demand for armaments will ensure a stable growth of armored steel sales by 4%20-07-2021, 10:10
Protectionist Measures Support European Steel Prices Despite Summer Lull19-07-2021, 11:02
Positive price growth is observed in the markets for metallurgical products16-07-2021, 14:12
European steel market is in confusion: price growth has slowed down, but no one21-06-2021, 17:40