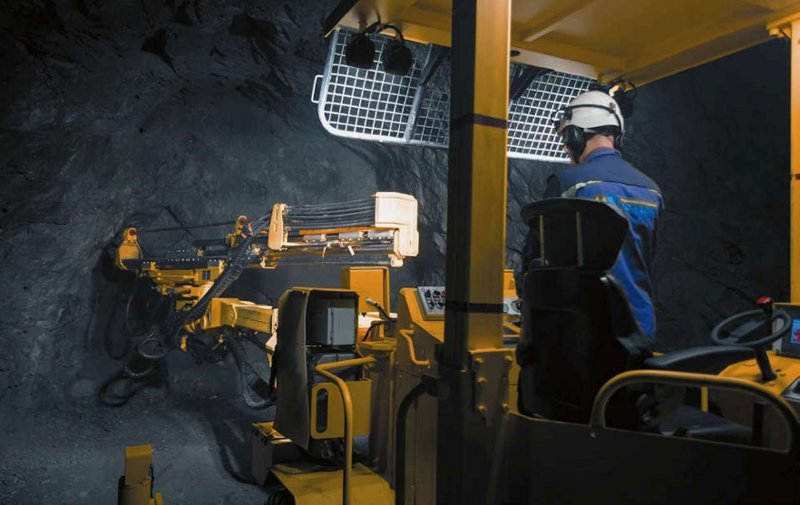 The underground mine of Gaysky GOK (an enterprise of the UMMC raw materials complex) received DF-B1 underground hydroperforating drilling rigs manufactured by Machine-Building Holding JSC (Yekaterinburg). Currently, five drilling rigs are operating underground: three in an underground mine and two in a mine construction department. The electro-hydraulic drilling rig is designed for driving workings and tunnels with a cross section of up to 40 m 2 .

The drilling rig is serviced by two people - a tunnel driver and his assistant.

" The machine performed well. The same automatic control, and in some ways even better than the imported ones, on which I had worked before. For example, we see on the control pad not just a light-up sensor - an "error", but what exactly has failed, ”says Evgeny Samokhin, a drifter of the underground section of mining and tunneling works No. 16. - There were initially concerns about the technology - after all, we have only a few domestic-made drilling rigs, but they were dispelled in the process of work. The main thing is that the installation fulfills the specified volumes. ”

“ We received the first machine last year, and within six months it passed our industrial test. All this time, representatives of the plant worked closely with us, they watched how the installation behaves in operation, they were very attentive to our comments, suggestions and, accordingly, later on at the plant, the machine was being finalized. And now we have service engineers who very quickly respond to questions that arise. And, which is also important, the new equipment did not require long periods of personnel training, ”says Dmitry Nesterenko, head of the plant's underground mine.

Note that in 2021 UMMC plans to allocate more than two billion rubles for the acquisition of a mining equipment for replacement and modernization of equipment worn out and not included in the estimate of construction projects for PJSC "Gaysky GOK" (an enterprise of the raw materials complex of UMMC).

On this topic
UMMC plans to allocate more than two billion rubles in 2021 for the purchase of equipment for the
Gaysky GOK's mining equipment fleet has been replenished with a new shotcrete unit
Gaiskiy GOK updating its fleet of mining equipment
In Gayskiy GOK first went dvuhsotmetrovy rotary drilling installation
Gaysky GOK will be the first in Russia to test a new domestic drilling rig
Gaysky GOK continues to upgrade mining equipment
Partner news
Сomments
Добавить комментарий
Комментарии (0)
News Analytics
Low-cost carrier Ryanair plans aggressive expansion in Ukraine16-09-2021, 21:34
Deutsche Bahn decided not to aggravate the situation with trade unions and will16-09-2021, 15:20
China to continue selling off its reserves to ease supply deficit16-09-2021, 15:44
Ten out of fifteen steel-making electric furnaces in Ukraine are idle -16-09-2021, 12:46
Australia will build its own nuclear submarines16-09-2021, 10:15
Moody's changes its outlook for the mining and metals industry from "positive"14-09-2021, 18:39
European steel prices decline from summer highs and remain stable high04-09-2021, 10:38
Rise in European steel prices to dizzying levels finally fizzled out - Bloomberg27-08-2021, 13:18
Gold continues to be the most efficient portfolio asset - WGC26-08-2021, 12:38
Falling iron ore prices caught Wall Street by surprise - WSJ23-08-2021, 13:57
Sign in with: