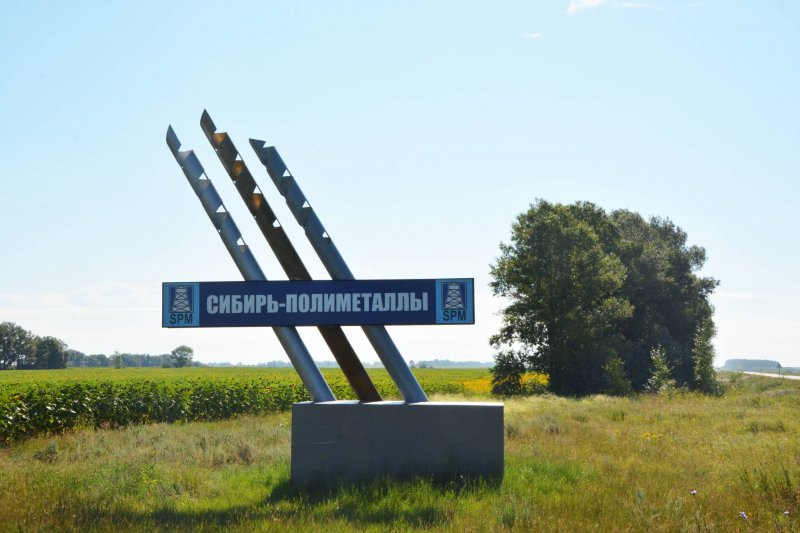 The Ministry of Industry and Energy of the region has summed up the results of the annual regional competition "The best industrial enterprise of the Altai Territory." In accordance with the order of the Governor Viktor Tomenko, Siberia-Polymetals JSC (an enterprise of the UMMC raw materials complex) became a laureate of the competition among industrial enterprises in a subgroup with more than 250 employees.

The regional competition is held annually to promote the achievements of industrial enterprises, popularization of advanced production management methods, growth of the prestige and importance of the real sector of the region's economy. The company managed to win the victory thanks to the best performance indicators: sustainable economic growth, an increase in production volumes and its profitability, an increase in high-performance jobs, reconstruction and modernization of facilities, machinery and equipment.

Thus, in 2020 the company increased production by 14%, and processing - by 17%. The development of the largest deposits of polymetallic ores with a high content of zinc, copper, lead, as well as gold and silver is continuing at the Korbalikhinsky, Zarechensky and Stepnoy mines. Processing is carried out at the Zarechenskaya and Rubtsovskaya enrichment plants, where the next stage of reconstruction was completed in 2020, within the framework of which the flotation machines were replaced, the pumping park was updated, and the filtering equipment was replaced. Thanks to the technical re-equipment, it was possible to increase the productivity of the plant to 787 thousand tons per year and to increase the indicators for the extraction of produced concentrates. In addition, in 2020, in order to increase the productivity of the ROF, the construction of new buildings began. By 2023, a reagent department, a crushing and flotation building of the thickener will be built here. Thus, the enterprise will increase the productivity of the plant by 2.5 times and begin to process up to 1.5 million tons of ore per year.

As part of business development, a socially oriented policy was also implemented. The company took part in the implementation of social programs and projects, guaranteeing its employees stable work, decent wages and the opportunity to study.

According to the Regulations on the regional competition, Siberia-Polymetals JSC will be awarded the Governor's Diploma "The Best Industrial enterprise of the Altai Territory "based on the results of work in 2020.

Финансовая аналитика, прогнозы цен на сталь, железную руду, уголь и другие сырьевые товары. More news and analytics on Metallurgprom telegram channel - subscribe to get up-to-date market information and price forecasts faster than others.
Сomments
Добавить комментарий
Комментарии (0)
On this topic
Severstal announces a contest of creative projects "Style steel"
BMZ is the third time became the laureate of the CIS.
The best projects of "UMMC Engineering" will be implemented in production
BMZ was visited by the Minister for Industry and Agroindustrial Complex of the EEC.
UMMC Group jointly with SOGAZ JSC launched comprehensive insurance of the Korbalikhinskoye project
Severstal starts accepting applications under the tenth grant program "Museums of the Russian
News Analytics
European steel price rise that began in January will be short-lived - MEPS26-01-2023, 14:44
Steel production in China rose in the first decade of January26-01-2023, 12:30
UK is ready to give 300 million pounds to save British Steel20-01-2023, 21:31
Carriage building plant in Kremenchug stopped production due to debts20-01-2023, 21:11
Europe's passenger car market records its worst year since the turn of the20-01-2023, 21:03
S&P: Russia will continue to dominate the steel export market in the Black05-01-2023, 11:22
Fitch Analysts Predict Big Drop in Global Steel Consumption This Year14-12-2022, 13:59
Analysts predict 5% annual growth in the iron casting market through 203006-12-2022, 12:44
Commodity prices will fall, metals quotes will rise slightly - Focus Economics28-11-2022, 13:28
Platinum market to face shortage next year - WPIC22-11-2022, 18:25
Sign in with: