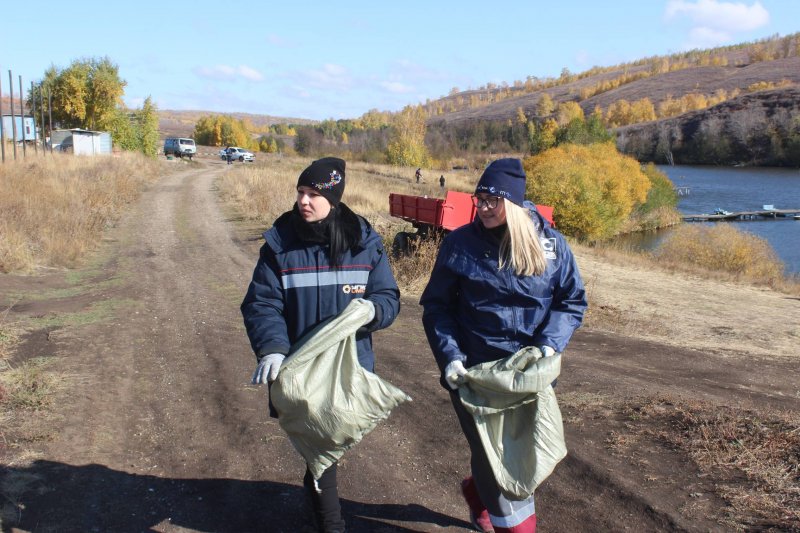 Mednogorsk MSK (an enterprise of the metallurgical complex of UMMC), as part of an environmental campaign aimed at reproducing the inhabitants of reservoirs, released more than five thousand fry of carp, silver carp and white cupid. The fry were raised on the farm of one of the largest suppliers of aquatic biological resources in the Troitsky District of the Chelyabinsk Region.

A special vehicle equipped with a container for transporting live fry covered the path from the neighboring Orenburg region, about 500 kilometers long, in 8 hours. Only late in the evening the fish were released into the pond.

- We have been stocking the Sarynsky reservoir since 2009. To this end, the plant initiated the creation of a non-profit partnership "Metallurg", whose members are amateur fishermen from among the employees of MMSK. Since that time, the pond has become a favorite resting place for residents of Mednogorsk and nearby settlements, '' said Sergey Oparin, the director of the non-profit partnership, senior foreman of the dust collection and gas cleaning section of the copper smelter.

Note that the traditional stocking of the pond is accompanied by garbage collection and removal .

- Our event was held under the motto "By cleaning the banks, we keep the water clean and help the inhabitants of reservoirs." We had a good time, the work brought us satisfaction, because we want to see the neighborhoods of settlements clean and well-groomed, - says Elena Zasypova, head of the environmental protection department of the plant.

- We can say that members of the non-profit partnership have a genuine sense of responsibility for a territory with unique flora and fauna, because the Sarin reservoir is, in fact, a natural community of the steppe Orenburg region, which must be protected. This principle is adhered to by the town-forming enterprise of Mednogorsk, annually investing in the preservation and reproduction of the biological resources of the reservoir, - noted the general director of the MMSK Ilfat Iskhakov.

We add that in 2021 the MMSK has planned to allocate 3.2 million rubles for the protection of water resources ... In general, the current year's expenditures for environmental protection measures will amount to about 550 million rubles.

In addition to the Mednogorsk copper-sulfuric plant in the Orenburg region, there are such enterprises of the Ural mining and metallurgical company as PJSC Gaysky GOK, (Guy), specializing in the mining of copper-pyrite ore by underground and open-pit methods and its processing at its own processing plant, Orenburg Radiator LLC (Orenburg), specializing in the development, implementation and serial production of radiator products.