Recent research from the University of California in the US has shown significant lung damage from e-cigarettes with nickel-chromium alloy heating elements. 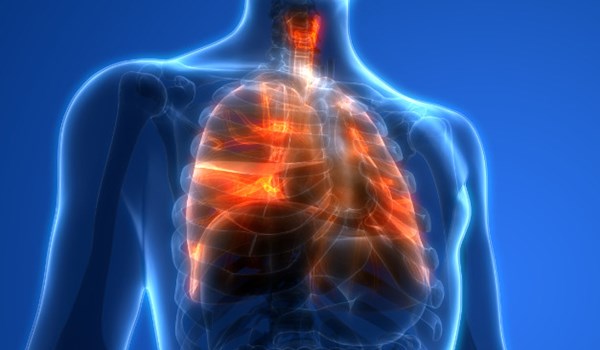 Heating in a vaping device can cause serious lung damage, according to a new experimental study.

The results of the study showed significant lung damage due to e-cigarettes with nickel-chromium alloy heating elements. The results were confirmed whether nicotine, vitamin E oil, or tetrahydrocannabinol (THC) were used, which were previously thought to contribute to life-threatening lung disease.

The first results, published in the Journal of the American Heart Association by researchers at the University of California, Irvine School of Medicine (UCI) and Huntington Medical Research Institutes (HMRI), were seen in a larger study looking at the effect of e-cigarette and other e-cigarette use on the cardiovascular system. During their experiments, researchers observed lung damage associated with e-cigarette use immediately after switching from a vaping device with a stainless steel heating element to a device that used a nickel-chromium alloy (NC).

“The results were so impressive that we felt it necessary to publish the initial results as early as possible so that e-cigarette users can be warned earlier, especially given that e-cigarette users are at increased risk of Covid-19,” said senior author Robert A. Cloner, M.D., Chief Scientist at HMRI and Professor of Medicine at USC.

“After analyzing the lung tissue of the subjects of the study, we found that they were seriously damaged, and we observed other serious changes, such as lung lesions, accumulation of red blood cells, obliteration of the alveolar spaces and, in some cases, pneumonitis.”

The current study looked at the effect of inhaling e-cigarette vapors on heart function in a well-known preclinical experimental model. For nearly a year, none of the subjects exposed to vapors from stainless steel devices, with or without additives, suffered from respiratory distress, and only one of them had less than 10% of the area of ​​inflammation in the lungs.

After the new e-cigarettes were introduced, the affected subjects developed severe respiratory failure with difficulty breathing, wheezing and shortness of breath. Lung damage occurred without nicotine, THC, or vitamin E supplementation; and may have also been due to higher power settings on vaping devices. These preliminary studies will be accompanied by additional studies in the future to systematically try to determine the cause of the lung problem.

While further research is needed, these results indicate that certain devices and power settings may play a key role in the development of e-cigarettes in the same way as additives, Cloner said. “The harm associated with e-cigarettes and vaping simply cannot be overstated.”

Vaping has been shown to cause high blood pressure, endothelial dysfunction, and the risk of myocardial infarction and stroke. Heating elements in commercially available e-cigarettes are usually made of stainless steel, nickel-chromium or nichrome, or titanium.

The diagnosis of Lung Injury Associated with Use of Cigarettes or Electronic Cigarettes (EVALI) was recognized as an official medical condition in the United States in June 2019. The peak of such cases was reached in September 2019. In March 2020, 2800 EVALI cases were reported in the US, of which 68 were fatal.

The patients were usually young male e-cigarette users whose CT scans showed inflammation and damage to the lungs. It should be noted that EVALI can mimic many of the features of Covid-19 pneumonia.

Recommended:
Moscow allowed the supply of bitumen from the Russian Federation to Ukraine
Zaporozhtransformer started deliveries of energy efficient autotransformers
European Union allocates one billion euros for the integration of electricity markets
On this topic
Steel suit: from knightly armor to smart workwear
Yuzhmash told whether it is possible to launch reusable rockets from the Black Sea
In climate change the fault of the rich - a new study by British scientists
Asteroid mining would serve as the impetus for the colonization of other planets, says market
Los Angeles Times: a Perfect storm in the American market of steel
Steel Musel is crucial in the production of champagne
Add a comment
Сomments (0)
News Analytics
Worldsteel Celebrates Rapid Recovery in Steel Sectors26-10-2020, 11:03
Components and spare parts for Dong Feng cars24-10-2020, 20:52
Steel production in September 202023-10-2020, 17:21
Innovative matrix headlights on the Audi E-Tron19-10-2020, 22:43
Tensions rise between China and Australia over commodity trade14-10-2020, 18:15
Dolomite powder market to reach USD 33.44 billion by 202705-10-2020, 12:33
Iron ore prices to surpass six-year high soon16-09-2020, 10:32
World Oil Demand Peak May Be Over - BP15-09-2020, 09:05
China expands car market capacity by increasing demand for steel and metals11-09-2020, 10:56
Prices continue to rise in the long and flat steel markets08-09-2020, 14:25
Sign in with: