The high speed of the procedure, its precision and accurate result make it one of the most demanded processes in the industrial sector. 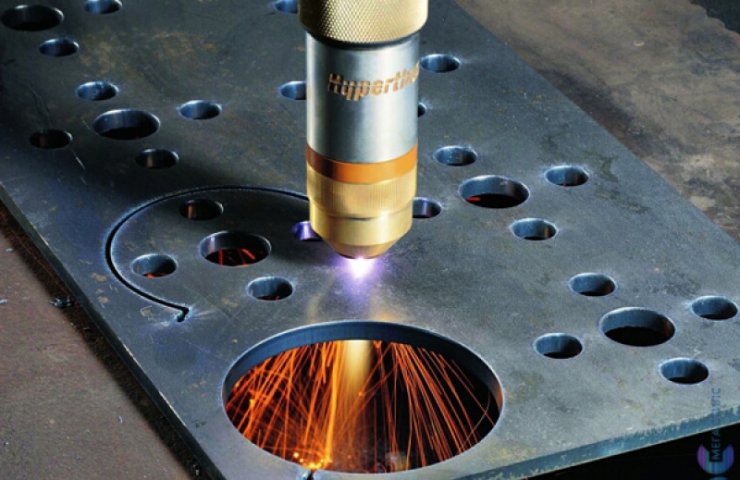 The very first laser appeared in the USA in 1960. Just 2 years after its invention, scientists released the first models of commercial installations - distant cousins ​​of modern metal cutting devices.

About 10 years have passed since the creation of the first installation, and scientists have already found a way to use a laser in the process of processing materials, including various metals. As an independent technology, laser cutting appeared about 40 years ago. During this time, the scope of its use has grown significantly, a huge variety of lasers appeared.

Even then, lasers with a gaseous active medium were developed. Their power exceeded 1 kW and made it possible to process a wide variety of materials while maintaining high productivity - a rare method could give such a speed of work. This made the devices indispensable in the metallurgical industry, in mechanical engineering and the production of microelectronics.

The abundance of options is striking in its capabilities and size. For example, the world's smallest laser is a few microns in size. Livermore National Laboratory has a laser installation measuring 137 meters! She participates in thermonuclear fusion. The most powerful laser system is at the Shanghai Institute of Optics and Fine Mechanics. Its power reaches 5408 TW - this is a colossal value!

The devices are also different in their scope - they are in demand in hundreds of scientific fields and industries, in medicine and cosmetology. However, the laser has received the greatest relevance in the processing of all kinds of materials, in particular metals, using thermal radiation.

The high speed of the procedure, its precision and accurate result make it one of the most demanded processes in the industrial sector. Laser cutting works great for creating complex shapes of metal sheets, up to 0.6 centimeters thick. Using the technology, you can quickly prepare various gaskets and panels, complex brackets and decorative grilles, doors, panels, shields and other elements.

One of the advantages of the laser is the prompt readjustment of the equipment, which significantly increases the accuracy of manufacturing figured products. Practice shows that in such a situation, laser cutting is much cheaper than, for example, a water jet or erosion wire.

Inexpensive services for laser cutting of metal in Moscow we suggest ordering the company PROMEX, a leader in the metalworking market throughout Russia.

Финансовая аналитика, прогнозы цен на сталь, железную руду, уголь и другие сырьевые товары. More news and analytics on Metallurgprom telegram channel - subscribe to get up-to-date market information and price forecasts faster than others.
Сomments
Add a comment
Сomments (0)
On this topic
The technology and features of plasma cutting. Services plasma cutting to order
Basic principles of laser metal cutting
The cost of laser cutting metal in Moscow
Application of marking on a metal product
What is metal perforation necessary for?
The advantages of laser cutting metals
Recommended:
Steelmakers are exploring the use of hydrogen for energy-intensive processes
Ukrainian court invalidated sale of Ferrexpo Plc shares in 2002
H2 Green Steel has received 190 million euros for the construction of a hydrogen steel plant
News Analytics
Ukrainian court invalidated sale of Ferrexpo Plc shares in 200222-09-2022, 12:45
EU Commission not doing enough to save aluminum industry - associations21-09-2022, 11:07
Steel market in Europe expects big production cuts due to weak demand20-09-2022, 11:13
Ford warns investors to cut car deliveries due to parts shortages20-09-2022, 10:43
The price of lithium resumes insane growth after Elon Musk's remarks20-09-2022, 10:54
China production cuts in winter will give limited boost to steel markets -15-09-2022, 10:09
Steel prices may rise as manufacturers stop production11-09-2022, 14:06
IREPAS: The global long products market is in a "dramatic situation"10-09-2022, 20:49
Steel prices are unlikely to rise significantly in the near future - analysts02-09-2022, 22:58
Steel prices may move up on new data from China31-08-2022, 12:19
Sign in with: