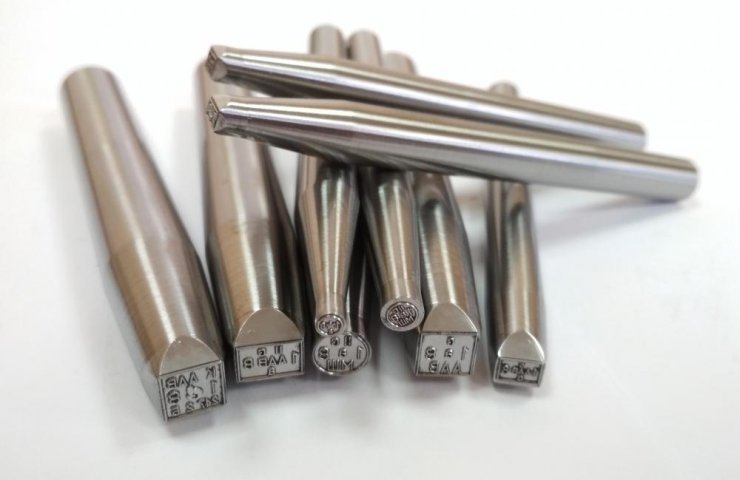 Forest guards, foresters and their assistants use special double-sided marks to mark harvested timber for release, control felling and detect violations. According to OST 56-96-93, such a stamp is a head with round strikers (like a hammer), fixed on a wooden handle. The head is made of cast iron grade SCH-20, birch or other hardwoods of high strength are used for the handle. For affixing an impression, paint is used, applied with an energetic blow.

Types and forms of marks

According to the standard, stamps are used for affixing an imprint on growing trees to be cut down during thinning, getting rid of diseased growths, cutting testicles. It is applied in two places: at a height of 1.3 meters and at the root collar. When the blanks are released, the stamp is put on the end of the logs or logs, which makes it possible to determine the legality of felling. Also, an imprint is made on stumps when an unauthorized felling of trees is detected in the forest protection area. The stamps contain information about the number of the forestry area, their importance is equal to the state seals, therefore, transfer to third parties is strictly prohibited.

In practice, different forms, letter and figure designations of the print are distinguished:

Requirements for the production of a hallmark

Compliance with technical requirements OST 56-96-93 with the manufacture of the forester's mark is controlled by the manufacturer through tests. These include visual inspection, measurements of fit, roughness and moisture content of the wood for the handle. The strength of the assembled stamp is tested on hardwood by means of a strong three-time shoulder impact.

The check is considered passed if:

Company "ROST" has own tool shop for the manufacture of stamps of any purpose and complexity. To form an order, you must fill out an application in a free form, indicating the main data.