Igor Spodin on the career of a marathon runner

Igor's goal is to take part in a mass race. First of all, he took part in a small race of 60 people. His efforts were crowned with success: in the race he finished in the top three. 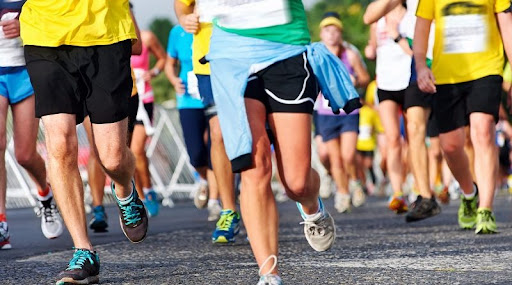 After 40 years, it is quite possible to become an athlete. The main thing is to be sure that everything in this life is achievable. Ukrainian athlete Spodin Igor proved millions that everything is possible in achieving sports heights even when you are already 40.

In his youth, Igor Spodin did not show much promise in sports. Moreover, long-distance running was something out of reach for him. After graduating from the institute, Igor Spodin stopped training and went headlong into business. His activities include the opening of several shops, restaurants and retail outlets.

Focusing on cardio training, Spodin gave preference to running. At the beginning of his running career, Igor trained at stadiums, traveling short distances. At first, he ran a distance of three kilometers, gradually increasing it to 10 km.

Participation in the first marathon

Igor's goal is to take part in a mass race. First of all, he took part in a small race of 60 people. His efforts were crowned with success: in the race he finished in the top three. A few years later, he began to participate in races in various Ukrainian cities - Poltava, Ivano-Frankivsk and others.

Rapid development followed. So, in 2018 he took part in the race in Valencia. The personal best was 42 kilometers and 195 meters. Not without failures. Due to health problems, the marathon runner had to go the distance several times. By the way, foot inflammation unsettled the marathon runner for several months. However, after recovery, he returned to his usual course.

Recommended:
Rusal announced readiness to evacuate employees from Guinea
Germany begins certification of the Nord Stream 2 gas pipeline, which may take up to 4 months
Ukrainian-American Firefly Aerospace admitted that it itself detonated the launched Alpha rocket
On this topic
Pool inquiries with delivery
Innovative MBA Business School Study Programs
Independent portal about the gameon e-sports.pro
LIVE betting on Parimatch
The Role of a Security Guard in Case of Fire
Benefits of digital platforms in metallurgy
Partner news
Сomments
Add a comment
Сomments (0)
News Analytics
State Environmental Inspection filed claims against ArcelorMittal Kryvyi Rih in17-09-2021, 10:28
US Steel will build an electrometallurgical plant with a capacity of 3 million17-09-2021, 10:48
Airbus begins designing a hydrogen-powered aircraft17-09-2021, 10:06
There are already 779 enterprises in Ukraine that officially carry out17-09-2021, 09:16
Low-cost carrier Ryanair plans aggressive expansion in Ukraine16-09-2021, 21:34
Moody's changes its outlook for the mining and metals industry from "positive"14-09-2021, 18:39
European steel prices decline from summer highs and remain stable high04-09-2021, 10:38
Rise in European steel prices to dizzying levels finally fizzled out - Bloomberg27-08-2021, 13:18
Gold continues to be the most efficient portfolio asset - WGC26-08-2021, 12:38
Falling iron ore prices caught Wall Street by surprise - WSJ23-08-2021, 13:57
Sign in with: