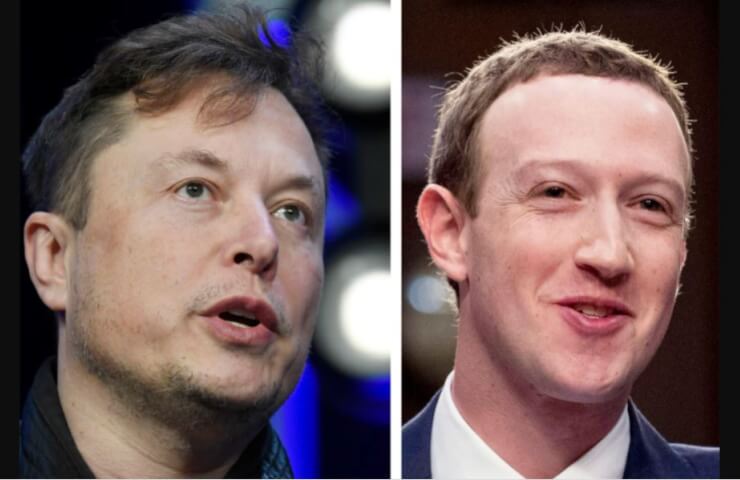 Mark Zuckerberg and Elon Musk are two of the most influential and famous people on the entire planet. The former was the creator of Facebook, the social network that changed history, and he also owns Instagram and WhatsApp, which are in his Meta Universe. The second, for his part, is the person with the most money in the world and is the owner of PayPal or Tesla among other companies. Two brilliant minds, and now they collide in one.

This is the meta universe that a 37-year-old businessman is proposing. For those who are not in the know, this is a project whose goal is to create a virtual world that is accessed through glasses and will have several functions. Socializing, having fun, working, playing sports, studying, shopping ... a parallel universe in which Zuckerberg wants everyone to be able to participate. He believes that this is a logical evolution and the next step that his project should take.

This is the future of his company, and he hopes to revolutionize the market, generating $ 800 billion in revenue by 2024. However, he faced a powerful enemy. This is Musk, who doesn't hesitate to comment on the ideas that Meta's creator has in mind and was very tough and decisive in his words. “You can of course put the TV on your nose, but I'm not sure if that will make you feel like you are in a meta-universe,” he began.

The richest man today abandoned the idea of ​​gluing everyone to glasses and parallel reality. He believes that this is not feasible, at least in the form suggested by Zuckerberg. “It just sounds like a buzzword. I don’t want to sound like an old idiot who throws the Internet away like in 1995, saying that it will get you nowhere, there is some danger, but at the moment I do not see a convincing meta-universe, ”he assured to resolve question.

He believes that this is not a good idea and that his methodology should change a lot. Instead, Musk said he had a better plan to create a virtual universe, and that would be to implant a chip in the brain. The plan, which is in development, which he called Neuralink.