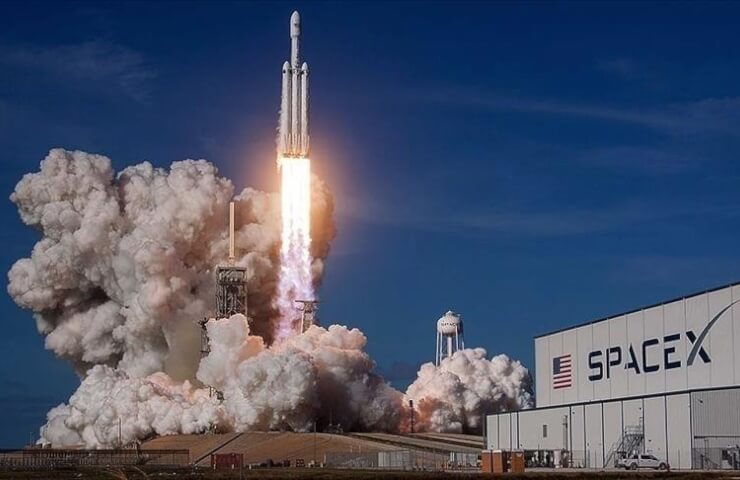 Indonesia National Development Planning Minister Suharso Monoarfa announced a special request from Space Exploration Technologies Corporation (SpaceX). The company founded by Elon Musk has asked permission to build an airport in IKN, or the future new capital of Indonesia in the province of East Kalimantan.

In his report to the ad hoc committee group (Pansus) on the IKN bill, Suharso said that SpaceX is interested in launching high-speed aircraft on IKN.

"Perhaps the chairman of the special committee came to SpaceX in Los Angeles, there they asked Indonesia to be one of the points in IKN, besides Biak, for a place to launch aircraft at an extraordinary speed," Suharso said at a meeting with the Special Committee on IKN Bill, (14/1/2022).

Reasons for the construction of the SpaceX airport in Indonesia

According to Suharso, SpaceX considers Indonesia a suitable place to build its airport due to the country's geographic location. By building an airport for their missiles and aircraft at IKN, the journey between Indonesia and the US is estimated to be reduced to just 2 hours.

According to Suharso, this is very positive for Indonesia. Because Indonesia has access to special transportation to the United States.

"Not just a connection between the US and Indonesia, by building an airport at IKN, SpaceX can facilitate travel between other countries such as Singapore, Australia, and other Asian countries."

“So, you can get from Indonesia to the USA in just 1.5 or 2 hours. And from there, accessible airports will appear that will take you to Singapore, other Asian regions, Australia and so on,” Suharso explained.

Финансовая аналитика, прогнозы цен на сталь, железную руду, уголь и другие сырьевые товары. More news and analytics on Metallurgprom telegram channel - subscribe to get up-to-date market information and price forecasts faster than others.
Сomments
Add a comment
Сomments (0)
On this topic
Yuzhmash told whether it is possible to launch reusable rockets from the Black Sea
Elon Musk presented a video of the tower for the Starship launch to Mars
The historical path from the Energia-Buran project to the Zenit space rocket complex
Elon Musk will receive an environmental permit for the production of Tesla in Germany
How the reform of the electricity market in Ukraine can lead to a collapse and what to do about it
Max Polyakov's Firefly Aerospace plans two launches of the Alpha space rocket in 2021
Recommended:
The owner of the Dnipro iron and steel works commented on reports of absentee arrest in the Russian Federation
ArcelorMittal invests $25 million in nuclear technology development
China to halve ferroalloy production due to weak demand
News Analytics
Australia and the UK aim to catch up and overtake China in the battery metal26-11-2022, 22:37
The United States imposed a ban on the import and sale of equipment from26-11-2022, 22:31
The pipe metallurgical plant in Nikopol continued to work after a short stop26-11-2022, 22:52
The state will not support the export of metals from Russia - Ministry of25-11-2022, 13:18
ArcelorMittal Kryvyi Rih suspends production due to shelling of energy25-11-2022, 12:04
Platinum market to face shortage next year - WPIC22-11-2022, 18:25
Global steel demand falls and will fall by 2.3% in 2022: WorldSteel19-10-2022, 23:12
Iron ore prices fall to 11-month low15-10-2022, 10:36
China production cuts in winter will give limited boost to steel markets -15-09-2022, 10:09
Steel prices may rise as manufacturers stop production11-09-2022, 14:06
Sign in with: