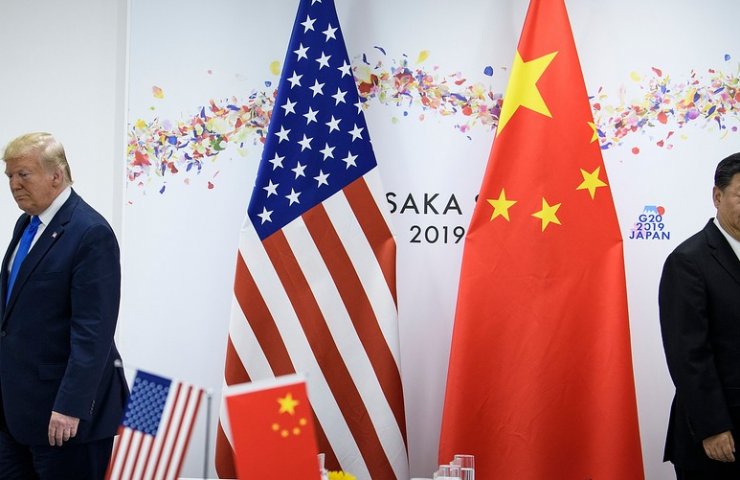 The trade conflict between the United States and China is escalating. On Sunday, September 1, the increased rates of import duties on goods from the PRC, which were previously introduced by the White House, came into force, totaling 125 billion US dollars. This was announced today at the office of US Trade Representative Robert Lighthyser.

A 15 percent increase in customs duties in the United States, in particular, will cover many types of shoes produced in the PRC, as well as Bluetooth headphones and smart speakers.

From December 15 this year, it is planned that the import duty rates in the United States will increase on notebooks, game consoles, mobile phones and smartphones, toys and clothing manufactured in China by another 15 percent for a total of $ 175 billion. In general, increased import duties will be levied on thousands of Chinese-made goods totaling $ 300 billion, ranging from food (ketchups, cheeses and sausages) to bicycles, golf clubs, sports shoes and furniture.

In addition, since October 1, the previously introduced 25 percent customs duties on Chinese imports worth $ 250 billion will rise to 30 percent.

Since September 1, China has begun to impose increased duties on certain groups of American goods totaling $ 75 billion. The PRC introduced additional 5- and 10-percent import duties on some items of commodity imports from the United States, in particular on oil and fuel.

From December 15, it is planned to further expand the range of American merchandise imports, which will be subject to increased import duties in Beijing.

At the same time, the Chinese state media urged Washington to "learn to behave like a responsible global player" and stop the behavior of the "school bully", noting that US duties do not harm the PRC economy. However, according to statistics, the Chinese industry has seen a slowdown in growth for the fourth month in a row.

Recall that US President Donald Trump has more than once accused other countries, in particular China, of using the United States for their own purposes during bilateral trade, allegedly causing billions of dollars in losses to the American economy and taxpayers every year.

It was China that Trump presented such dishonest trading practices as currency manipulation, strong government support for Chinese exporters, intellectual property infringement, coercion of Western companies to transfer technology and unequal working conditions for foreign companies in the Chinese market compared to local ones.

The last trade talks between the US and China in July ended without concrete results, but the parties agreed to further negotiations in September.

Recommended:
Deutsche Bahn estimates flood damage in Germany at 1.3 billion euros
European stainless steel buyers require factories to take orders one year in advance
The world's first magnetic levitation train with a speed of 600 km /h rolled off the assembly line in China
On this topic
USA announced an increase in import duties on selected goods from the EU
China and the United States held "constructive " consultations ahead of trade negotiations
US-China trade war reaches a fundamentally new level
Shares of American metallurgists rose sharply
China raises duties on American goods by $ 60 billion
USA: Winners and Losers in Trump's Trade War with China
Partner news
Сomments
Add a comment
Сomments (0)
News Analytics
Ukroboronprom confirmed the intentions of Antonov State Enterprise to start25-07-2021, 11:15
Gazprom reacted to the refusal of Naftogaz of Ukraine to buy Russian gas with25-07-2021, 11:00
Iron ore has become a strategically important raw material for defense -24-07-2021, 11:06
Vietnam overtook Ukraine in the world ranking of steel-producing states24-07-2021, 11:38
Port "Yuzhny" has set a record for the speed of loading pig iron on a ship24-07-2021, 10:10
On the regional markets of metallurgical products, prices are balancing in a22-07-2021, 16:22
Demand for armaments will ensure a stable growth of armored steel sales by 4%20-07-2021, 10:10
Protectionist Measures Support European Steel Prices Despite Summer Lull19-07-2021, 11:02
Positive price growth is observed in the markets for metallurgical products16-07-2021, 14:12
European steel market is in confusion: price growth has slowed down, but no one21-06-2021, 17:40