the Second largest economy struggles with rising debt, a cooling of domestic demand and the negative effects from trade war with the United States. 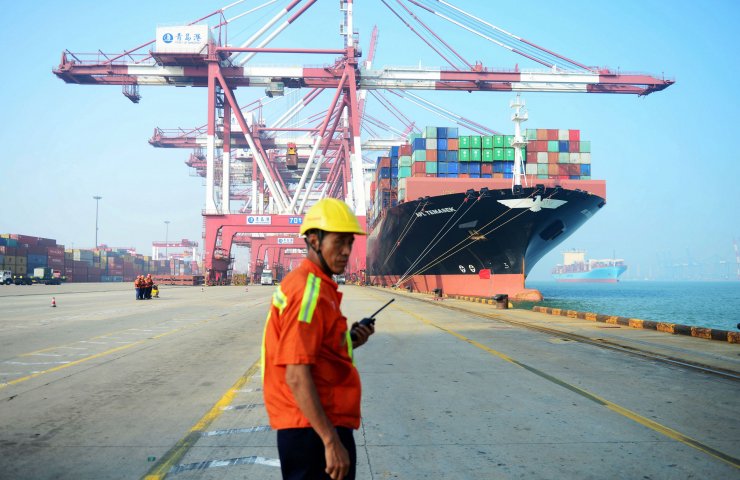 China's Economy grew 6.1% in 2019, according to government data released Friday. This is generally consistent with the expectations of analysts, but it is also the weakest growth in the country in nearly three decades. In Beijing also said that in the fourth quarter, the PRC's GDP increased by 6%.

Chinese officials called the figures of GDP growth is a positive signal. Deputy Prime Minister Liu he, who was in Washington this week for signing a trade agreement with the United States, told reporters Wednesday that he is optimistic about the Chinese economy.

the US Tariffs on many Chinese goods continue to remain in force, and Washington have signaled that they will remain a form of leverage over Beijing as both sides agree on the next phase of their agreement.

Beijing also agreed to buy goods of the United States at hundreds of billions of dollars in the transaction. But there are doubts about the ability of China to fully implement its promises. This is especially true of steel and other goods in China are much less than in the United States.

Analysts from Citi, Nomura and Invesco said that China will not be easy to achieve commitments for imports of goods and services from the United States.

Recommended:
"Ukrmetallurgprom" said data, steel production in Ukraine in 2019
Minamaneho Ukraine will reduce the use of nuclear generation in the electricity balance
Oleg Deripaska said that Russia should make, not to be ashamed in front of Ukraine
On this topic
Stock exchange gold prices continue to fall
The head of the Ukrainian chamber of Commerce announced that China became a leader of the open
Китай и США провели "конструктивные" консультации перед торговыми переговорами
Platts: В китайской металлургии продолжится стабильный рост
Сталелитейный сектор Китая может рассчитывать только на сектор недвижимости
Рост производства стали в Китае удивил аналитиков
Add a comment
Сomments (0)
News Analytics
UN: one in five working youth live in poverty20-02-2020, 09:39
Coal mining is unprofitable: the government plans to find the miners new jobs19-02-2020, 21:11
Car-grain truck KrAZ-6511С4 will increase the efficiency of agribusiness group18-02-2020, 15:10
Sanjeev Gupta bought another bankrupt steel plant18-02-2020, 10:09
The IMF team goes to Ukraine for talks18-02-2020, 09:39
UN: one in five working youth live in poverty20-02-2020, 09:39
The Chinese company has patented the coronavirus, "Fairever"16-02-2020, 19:13
Stronger than steel, harder than diamond: is called the graphene material of14-02-2020, 15:26
FT: the US Treasury Deripaska is suspected of laundering money for Putin14-02-2020, 12:12
Nissan requires a payment of $ 90 million from ex-boss Carlos Ghosn12-02-2020, 11:27