The first data for 2019 confirms a drop in steel demand amid weak production. 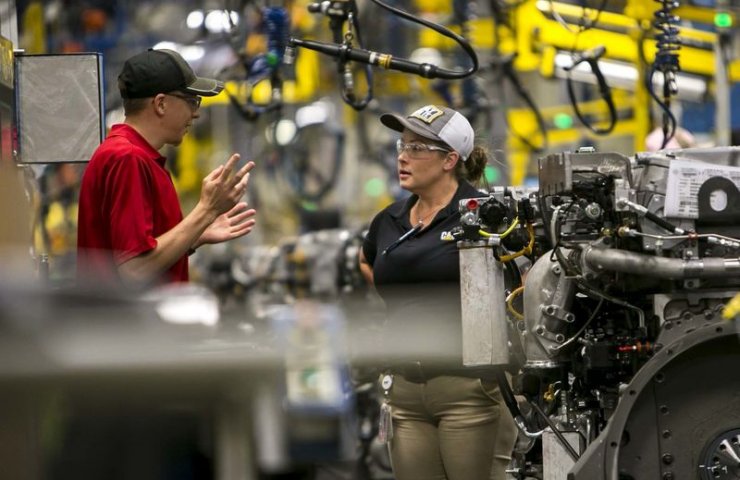 Apparent steel consumption in the European Union declined by 2.5% year-on-year in the first quarter of 2019. The negative steel demand trend is the result of an ongoing downturn in the EU manufacturing sector due to weakening exports and investment. Forward-looking indicators signal at best a stabilization at a low late this year, but no rebound has yet been seen.

The manufacturing sector in the EU is likely to face worse: the deepening escalation of the trade war between the US and several of its main trading partners, and the absence of no deal Brexit will seriously affect the terms of world trade, causing further business downturns. Sentiment and declining investment growth. In this case, the EU steel sector will be severely affected, because at the same time, the risk of import distortion increases due to the increase in the size of protective quotas both this and next year.

Overview of the EU steel market

In the first quarter of 2019, steel consumption in the EU-28 decreased by 2.5% compared to the same period last year and amounted to 42.6 million tons. Stocks in the distribution chain were lower than in the same quarter of 2018, exacerbating the negative trend in steel end use. This should be seen in the context of the development of the inventory cycle in the second half of last year, which was characterized by lower than usual seasonal inventory reductions and therefore relatively high inventory levels in the EU steel distribution chain at the beginning of 2019.

The negative trend in steel demand at the beginning of this year primarily hurt domestic steel producers in the EU. In the first quarter of 2019, domestic shipments from EU mills to the EU market fell by 4% compared to the same period in 2018. Meanwhile, imports from third countries fell by only 1% year on year to 10 million tonnes, accounting for 23.6% of total EU steel demand.

The overall trend in aggregate imports obscures distorting changes in imports at the individual product level that are tolerated under existing quota and governance models. This situation has led to an increase in demand for some products, including an increase in stocks and a concentration of imports, which has led to the disruption of the stagnant steel market in the EU, especially from Turkey and China. The most affected products are metal coated sheets for the automotive industry, rebar and wire rod.

The EU steel market is facing serious challenges that are expected to have a negative impact on apparent steel consumption. After the decline in the first quarter of 2019, real steel consumption is expected to stabilize at the level of the previous year for the remainder of the year, leading to an overall decline in steel end use by 0.4% throughout the year. Meanwhile, shortcomings in the design and operation of the current safeguards do not reflect the reality of the EU steel market. The market is caught between negative developments in steel end use and faces a persistent and serious threat of import redirection caused by the US Section 232 import tariff amid persistent global overcapacity. The system continues to tolerate extreme exporter behavior that could lead to serious market distortions. Therefore, the expected 0.6% YoY decrease in apparent steel consumption in 2019 is expected to come mainly from EU steel producers.

Despite the expected moderate improvement in market conditions in 2020, the risks associated with import distortions continue to threaten the stability of the EU steel market. The 5 percent increase in the protective quota since July 2020 - after 5 percent growth in February and July 2019 - once again falls short of the expected growth in real steel consumption of just 1.1 percent in 2020. Therefore, the EU market remains in danger of destabilizing imports from third countries at the expense of domestic EU producers. However, a slight increase in final steel consumption is expected to result in a 1.4% increase in consumption in 2020.

Since a peak in the last quarter of 2017, deteriorating business conditions in the manufacturing industry in general and in the automotive industry in particular have led to a continued slowdown in production growth in the steel sectors. The downturn in industrial activity is a global phenomenon, reflecting the weakening of world trade and investment. A quick rebound is not possible, including due to the negative impact of US protectionist measures on trade.

For the EU, environmental risks will remain a major concern over the forecast period 2019-2020. Over the past two years, the foundations of world trade have clearly changed for the worse due to the fact that the ruler

Финансовая аналитика, прогнозы цен на сталь, железную руду, уголь и другие сырьевые товары. More news and analytics on Metallurgprom telegram channel - subscribe to get up-to-date market information and price forecasts faster than others.
Сomments
Add a comment
Сomments (0)
On this topic
Eurofer: problems of the European steel market will last until the second half of 2020
Eurofer expects demand for steel in the EU by 3.1% and sees no bottom
EUROFER: EU Steel Market in 2019. Overview and perspectives
China's steel sector can only rely on the real estate sector
Platts Steel Trade Review: China Will Decide Asia's Fate
Scrap metal market at the beginning of April
Recommended:
The United States refused to comply with the decision of the WTO on tariffs on steel and aluminum
Dneprovsky Metallurgical Plant continues to operate rolling shops using tolling raw materials
Ukrzaliznytsia announced the purchase of rails in France cheaper than in Metinvest before the war
News Analytics
EU Green Deal should encourage investment in mild steel projects: Eurofer02-02-2023, 16:32
Belarusian steel plant to operate at full capacity from February02-02-2023, 16:56
British Steel considers cutting up to 1,200 jobs at Scunthorpe02-02-2023, 11:50
Electric vehicles will play a key role in US aluminum production growth - Norsk01-02-2023, 12:17
The former president of Motor Sich was accused of aiding terrorists01-02-2023, 11:39
European stainless steel producers ready to raise prices31-01-2023, 16:16
S&P: Russia will continue to dominate the steel export market in the Black05-01-2023, 11:22
Fitch Analysts Predict Big Drop in Global Steel Consumption This Year14-12-2022, 13:59
Analysts predict 5% annual growth in the iron casting market through 203006-12-2022, 12:44
Commodity prices will fall, metals quotes will rise slightly - Focus Economics28-11-2022, 13:28
Sign in with: