China's steel sector can only rely on the real estate sector

China's real estate sector appears to be the most resilient of any other economic sector today, fueled by financial incentives and supported by Beijing's fiscal leverage. 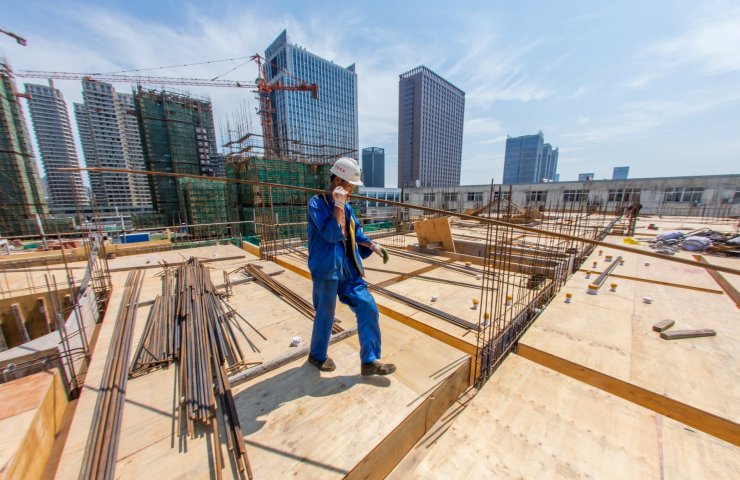 China's real estate sector is likely to be the main driver of steel demand in the country in the third quarter, as domestic production is under pressure and infrastructure growth is unlikely to accelerate from levels seen in early 2019.

However, downward pressure remains on China's growth prospects, as the recent escalation of the U.S.-PRC trade dispute casts a shadow over major steel-consuming industries such as automotive, hardware and home appliances.

The latest manufacturing data for May was also weak, with the National Bureau of Statistics's PMI at 49.4, indicating that China's economy is technically contracting.

Fortunately for steel demand, China's real estate sector has been robust in 2019, while infrastructure construction has also grown steadily this year. These two sectors account for over 50 percent of China's total steel consumption.

With construction work entering a seasonally slower period, steel prices in China will come under pressure due to lack of demand and growth in steel production over the next couple of months. However, the real estate sector is expected to remain strong for the rest of the year, given strong monetary measures in China, which could lead to a rebound in the steel market in Q3 when construction resumes.

The outlook is less likely for production, which some steel market participants believe could reach the third quarter before improvement begins.

Consumption of consumer goods has slowed due to a campaign to reduce leverage in China, which began in early 2018. The ongoing trade dispute with the United States has exacerbated depressive consumer sentiment and is undermining China's real economy at a faster pace in 2019 than in 2018.

To stimulate consumption and offset tariffs in the US, China has introduced preemptive monetary measures, such as cutting reserve requirements by four times in 2018 and halving by 2019. Fiscal incentives have also been modernized, from accelerating government spending to cutting the value added tax from 16 percent to 13 percent effective April 1.

But so far, economic data for April showed no improvement in consumption.

Some market participants believe that car production and sales will continue to deteriorate in the short term, given growing car inventories and declining demand, especially for cars.

According to market participants, automakers are trying to reduce inventories by providing discounts. He said that profits from sheet metal for automobile production were lower than for conventional carbon steel sheets as automobile manufacturers limited the purchase price of steel.

China set out to stabilize vehicle consumption in 2019 by supporting new energy vehicles and subsidizing purchases to replace old and obsolete vehicles. It also pushed forward the introduction of stricter vehicle emissions regulations from July 1 this year, starting in July 2020.

In addition, Chinese steel market watchers expect Beijing to relax its approach to debt cuts and credit schemes for the remainder of 2019, which could help support consumption.

Beijing is looking to introduce a stable economy to the world ahead of the 70th anniversary of the founding of the People's Republic of China on October 1, and may continue to leverage fiscal leverage if trade tensions with the US continue to undermine consumer and investor confidence.

However, some steel market watchers say the strong growth in budget spending in January-April is unlikely to continue through the rest of 2019 as revenue growth is likely to continue to slow as a result of tax cuts and lower sales land.

This means that infrastructure construction, funded primarily by government spending, will continue to recover in the third quarter, but only slightly.

Финансовая аналитика, прогнозы цен на сталь, железную руду, уголь и другие сырьевые товары. More news and analytics on Metallurgprom telegram channel - subscribe to get up-to-date market information and price forecasts faster than others.
Сomments
Add a comment
Сomments (0)
On this topic
China Manufacturing PMI Falls In December But Stays Above 50
PMI of the steel sector in China fell to 48.2 points
China's manufacturing PMI fell to 50.6 points
Prospects for the development of the economy and steel market in the EU in 2019-2020
China's steel manufacturing PMI declines in July
Platts Steel Trade Review: China Will Decide Asia's Fate
Recommended:
ArcelorMittal expects real steel demand in Europe to be 'at least stable'
Novokramatorsky Mashzavod announced the start of the procedure for the "compulsory alienation" of property
World steel prices have moved from a protracted fall to growth
News Analytics
China reduced steel exports in July by one million tons or 12%08-08-2022, 17:41
World steel prices have moved from a protracted fall to growth08-08-2022, 16:27
Ferrexpo's net profit in the first half of the year decreased by 88%03-08-2022, 10:20
Ukrainian gas transportation system allowed to pump biomethane03-08-2022, 10:18
The strategy for the development of Russian metallurgy will be "quickly02-08-2022, 14:02
The US market may begin a collapse in prices for thick sheet14-07-2022, 09:39
High iron ore shortage could halt metallurgy's green transition28-06-2022, 14:02
Price volatility hits global steel market27-06-2022, 19:28
Recovery in China could be key to rising global steel prices - MEPS24-06-2022, 14:00
Conflict in Ukraine spurs Europe's drive for clean energy03-06-2022, 12:14
Sign in with: