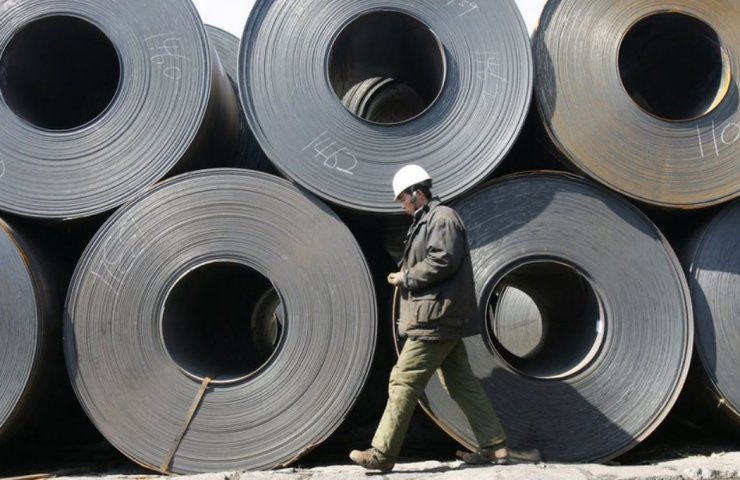 China's actions to support steel demand, on the one hand, and limit production, on the other, could determine the fate of regional markets this winter. China's decisive influence on the global steel market was vividly demonstrated at the height of the first wave of the pandemic, when China single-handedly held back world steel prices from a complete collapse.

In winter, a number of seasonal factors play a role in China, such as reduced demand for construction, mandatory reductions in steel production to combat pollution and, ultimately, restocking ahead of the Lunar New Year, which falls on February 12, 2021. p>

The seasonal effect on steel prices has likely been exaggerated in recent years, according to S&P Global Platts.

The average price of hot rolled coil excluding stocks in Shanghai in the winter months from November to January rose by three and fell in two of the past five years compared to the autumn months of August and October. Winter harvesting prices in Tangshan fell for three years and rose for two.

With the exception of 2016 and 2018, the percentage change in quarterly price movements was mostly low single-digit numbers in any direction, indicating that winter itself did not play a significant role in determining price direction.

In 2016, winter prices for both hot rolled coil and billet increased by more than 20% compared with the fall amid the Chinese government's tough measures on induction furnace capacity.

Prices fell more than 10% in 2018 as Beijing focused on less leverage and tightened lending, and weaker provision for winter production cuts as it sought to balance stimulating growth by amid trade tensions with the United States.

It is against this background of macroeconomic factors that determine government policy that steel prices have shown significant volatility in winter over the past five years.

Looking at the policy imperatives this year, the “double circulation” strategy, which will be announced in more detail at the end of October, should provide sustained support for steel demand as it focuses on domestic consumption growth and urbanization.

On the other hand, questions have been raised about the extent to which self-restraint can play a part of the "external circulation" strategy, in which some overseas BRI projects can be pursued with less zeal, reducing steel consumption.

The conditions for increasing domestic steel supply are also created by the production cutback policy this year's winter, which market participants expect less strict compliance than usual in northern China, in part because steelmakers have improved environmental practices and modernized your equipment.

Overall, China's status as a net steel importer - which it achieved for the first time in 11 years since June - is likely to be lost in the fourth quarter following recent domestic price adjustments and a rebound in demand in countries such as India.

More importantly, Vietnamese materials have pushed into China as offers for competitively priced procurement from India have slumped as its economy resumes following a nationwide lockdown to contain the coronavirus pandemic.

Considering that some traders buy a physical billet, fixing prices for futures on Chinese rebar, imports of Vietnamese billet

Финансовая аналитика, прогнозы цен на сталь, железную руду, уголь и другие сырьевые товары. More news and analytics on Metallurgprom telegram channel - subscribe to get up-to-date market information and price forecasts faster than others.
Сomments
Add a comment
Сomments (0)
On this topic
China unlikely to cut steel capacity in 2021 due to high steel prices
Platts: Real steel demand in China will fall by 36% in the first quarter
S&P Global Platts predicts first drop in domestic steel demand in China in 5 years
Platts: steel Market of China will not be able to recover until the second half of the year
World Steel Association defines green steel and its variations
Sharp price growth continues in the rolled metal market - Ukrpromvneshexpertiza
Recommended:
Chinese steel mills to suspend several production lines in August
Losses from steel production in China exceeded $100 per ton - S&P
China's shipbuilding industry continues to lead the global market
News Analytics
India prepares to lift export duties on steel09-08-2022, 08:34
Russian metallurgists will need more than 10 years to replace imports of key09-08-2022, 07:23
China reduced steel exports in July by one million tons or 12%08-08-2022, 17:41
World steel prices have moved from a protracted fall to growth08-08-2022, 16:27
Ferrexpo's net profit in the first half of the year decreased by 88%03-08-2022, 10:20
The US market may begin a collapse in prices for thick sheet14-07-2022, 09:39
High iron ore shortage could halt metallurgy's green transition28-06-2022, 14:02
Price volatility hits global steel market27-06-2022, 19:28
Recovery in China could be key to rising global steel prices - MEPS24-06-2022, 14:00
Conflict in Ukraine spurs Europe's drive for clean energy03-06-2022, 12:14
Sign in with: