France can block the sale of British Steel to the Chinese

Previously, the intention in every way to prevent the sale of the second largest metallurgical enterprise in the UK by a Chinese group Jingye said in the European steel Association EUROFER. 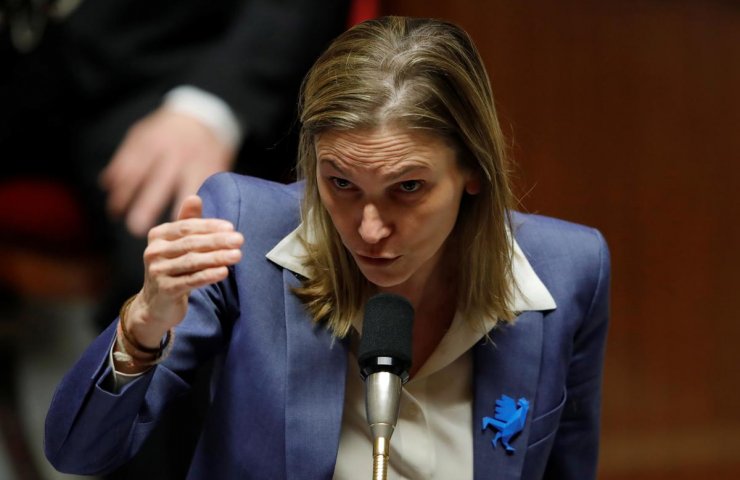 FranFrance, the government can block the sale of the second largest metallurgical enterprise of Chinese UK British Steel group Jingye. This was stated by the Minister of economy of France Agnes Annie Runser.

According to the Minister, the government will not consent to the sale until the "no guarantee" for the French division of the British Steel smelter France Rail, which is the major supplier of rails for the French rail network.

In the UK and there are fears that this deal may lead to loss of business at the plant of British Steel in Scunthorpe.

last month Jingye agreed on the agreement with the British government about saving British Steel, but the plan caused concerns about national security amid claims that he can give the Chinese Communists political leverage in the UK.

last week Pannier-Runser said that the deal could be blocked if the French "do not have all the guarantees".

It also noted that the European steel industry lobbyists fear that cheap Chinese steel is a major problem for the industry.

Previously coalsalesthe intention of the European steel Association EUROFER block agreement with the Chinese, rightly suspecting the Communists in an attempt to transfer their excess capacity to other countries and, in particular, to Europe.

Recall that the deal to sell British Steel after the bankruptcy in March of this year under mysterious circumstances, it may be one of the longest in British history.

During the trades, the British government spent for the maintenance lawyers EY, salary payments and the supply of troubled companies more than 70 million pounds, before refusing to loan to British Steel for £ 30 million, and that was the reason for the bankruptcy.

Recommended:
VostGOK received the license for realization of activity on uranium ore processing
Ministry of energy of Ukraine has clarified the status of the Memorandum with investors about solar energy
EMSS has successfully passed the environmental audit according to ISO 14001
On this topic
European Association of steel can block the sale of British Steel to the Chinese
The Chinese company will buy British Steel in the coming days: every day of delay costs 1 million
The Brits are terribly worried about the possible sale Britih Steel Chinese
Кредиторы British Steel настаивают на закрытии завода
Франция согласна сократить свою долю в Renault, чтобы поддержать сделку с Nissan
Вмешается ли правительство Великобритании в ситуацию с British Steel?
Add a comment
Сomments (0)
News Analytics
Transshipment of ore in the port Yuzhny increased for the six months 80%03-07-2020, 11:57
Dneprovskiy metallurgical plant has completed a major repair of sinter machine03-07-2020, 11:07
Celsa Steel получила от правительства Великобритании экстренное финансирование03-07-2020, 09:22
Hyundai predicts a decrease of the car market in Russia by 20-25% in 202002-07-2020, 17:02
On the roads of Ukraine introduced strict control over waybills02-07-2020, 13:12
Steel prices in southern Europe are rising, despite weak demand23-06-2020, 10:54
Analysts expect strong demand growth for steel in China10-06-2020, 11:57
Global steel consumption in 2020 will be reduced by 6.4% - Worldsteel04-06-2020, 13:53
American steelmakers are faced with an unexpected problem associated with the14-05-2020, 09:09
Relying on the incentives, Chinese steelmakers increase production30-04-2020, 10:20
Sign in with: