IREPAS: the steel market is at the bottom in a state of relative equilibrium

Almost zero margin may cause the collapse of the market, if scrap prices and iron ore prices seriously drop, noted in the International Association of exporters and producers of rebar. 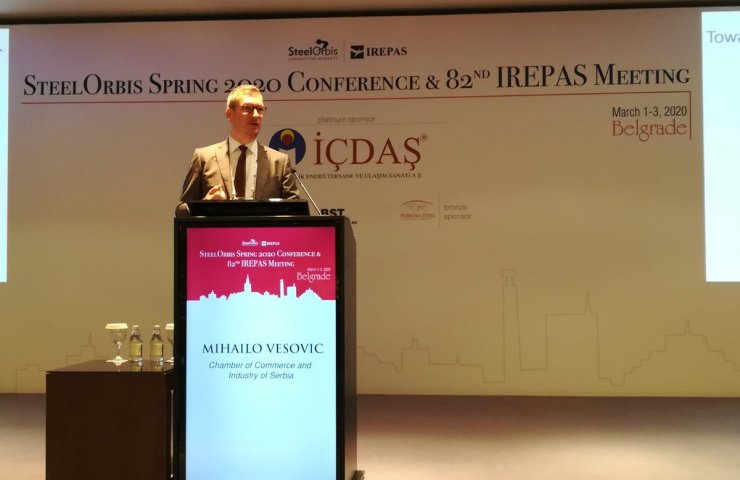 currently, the gap between the price of scrap metal and commodity armature is practically zero, despite the fact that demand is influenced by both political and economic circumstances, including flash coronavirus. About it saying in summary the International Association of exporters and producers of the IREPAS rebar following the conference, the SteelOrbis Spring '20.

"Because the margin where it is, it may seem that the market is in equilibrium close to the bottom, if the price of scrap and iron ore prices will not fall", - said the expert.

raw material Suppliers said that although steel production in Europe and the United States is gaining momentum, short-term pricing trends indicate a further fall in prices in the short term.

it is Expected that the scrap market will continue unstable period, according to the suppliers of raw materials. They added that uncertainty and protectionist measures have affected and will continue to play a role in pricing in the future.

IN IREPAS said the main topic of discussion during the meeting was the outbreak of coronavirus.

the Potential impact of coronavirus on markets has been summarized as follows.

global Demand of iron ore will rebound after an initial sharp slowdown.

the Association said that there are two scenarios of the impact of the coronavirus in the steel industry: optimistic, where the business will lose a portion of the proceeds within two months of the epidemic on the background of the decline of confidence in the Chinese economy and pessimistic, which is that the steel industry will be in crisis, comparable to 2009.

82nd meeting of IREPAS (international Association for exporters and manufacturers of valves) was held in Belgrade, Serbia, 1-3 March 2020 in the framework of the conference SteelOrbis Spring '20.

Flash coronavirus had a negative impact on a meeting in Belgrade. After the end of February came the news about the cases of the coronavirus in Italy, many of the participants, who were to take part in the conference, decided not to go to Belgrade because of fears of becoming infected.

as a result, in the SteelOrbis Spring '20 was attended by 77 delegates from originally was 346.

Финансовая аналитика, прогнозы цен на сталь, железную руду, уголь и другие сырьевые товары. More news and analytics on Metallurgprom telegram channel - subscribe to get up-to-date market information and price forecasts faster than others.
Сomments
Add a comment
Сomments (0)
On this topic
Protectionism fails to balance the steel market
The current state of the market is ideal for the sale of rolled steel - IREPAS
The global steel market at the end of 2019 from the perspective of IREPAS
In China, rising prices for steel and ore, but confidence in the further increase in no -CISA
Strategy of defense in space
The profitability of Indian metallurgists will be reduced by 5 percent
Recommended:
The former president of Motor Sich was accused of aiding terrorists
China's crude steel production in 2022 falls for the second year in a row
JSW Steel, ArcelorMittal and NLMK may buy two Liberty Steel plants in Belgium
News Analytics
Sanjeev Gupta's Liberty Steel Seemed as Potential Buyer of Aartee Bright Bar07-02-2023, 13:07
Tata Steel showed a steady increase in its revenues07-02-2023, 12:32
Eurofer expects EU steel demand to fall 4.6% in 2022 and 1.6% in 202305-02-2023, 13:31
EU Green Deal should encourage investment in mild steel projects: Eurofer02-02-2023, 16:32
Belarusian steel plant to operate at full capacity from February02-02-2023, 16:56
European stainless steel producers ready to raise prices31-01-2023, 16:16
S&P: Russia will continue to dominate the steel export market in the Black05-01-2023, 11:22
Fitch Analysts Predict Big Drop in Global Steel Consumption This Year14-12-2022, 13:59
Analysts predict 5% annual growth in the iron casting market through 203006-12-2022, 12:44
Commodity prices will fall, metals quotes will rise slightly - Focus Economics28-11-2022, 13:28
Sign in with: