a Small margin and cautious sentiment in the global market is dominated by long positions despite the decline in production in blast furnaces in the United States and the EU. 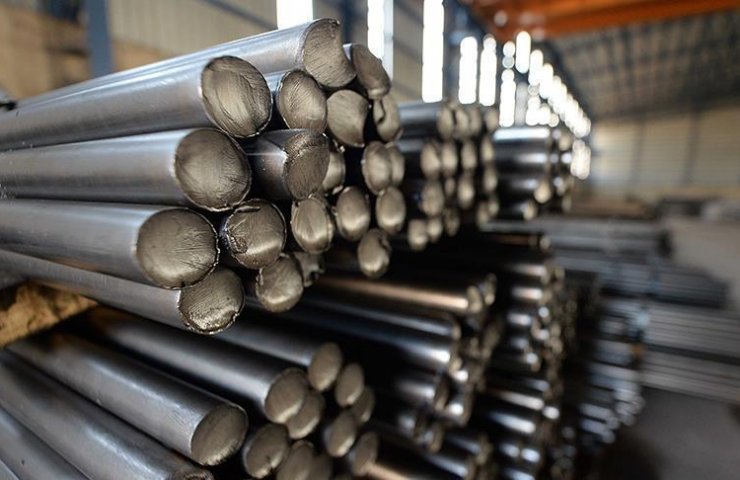 Reduction of the domain of steel production in Europe and the U.S. for extended periods has a positive impact on the rest of the steel industry, the report said IREPAS.

Global long products market, as expected, is gaining momentum due to the reduction of production. However, a significant improvement from the point of view of the profits of steel producers have not been forthcoming.

Current sale price in Europe, the middle East, North America and South America continues to provide insufficient margins for manufacturers. Today, the main challenge for steel producers is the demand, as consumers are reluctant to increase their stocks because of the uncertainty in the future development of the situation on the world market.

"Current state of the global economy causes the customers to be extremely careful in respect of each procurement or any greater replenishment", according to the IREPAS.

One of the main reasons for recent price increases is the rising price of scrap, a market which cannot be called healthy if it is not backed by demand for the products. Availability in the supply chain decreased as production increased, and most regions have been positively surprised by the demand for scrap.

the Uncertainty may increase

Elections in the UK in December can bring even greater uncertainty, depending on the result, while a simple tweet can change the situation in an instant.

inventory Level in the EU below the normal, and buyers are waiting for greater clarity, again to restock.

the Lack of North Africa as market forces EU manufacturers to seek other points of sale. In consequence, the EU is becoming very competitive.

on the other hand, the lack of imports on the EU market should give the plants the EU the opportunity to adjust their prices in accordance with rising prices for scrap. Replenishment could start in January and February, if scrap prices remain at high level.

China remains a force to be reckoned with, especially in Asia

At present, China is the major global factor affecting the price of iron ore, coke, HBI, basic pig iron, slab and billet. China may still not be the main influences on the markets of hot rolled steel sheets in coils, plates, reinforcing rods and katenko outside of Asia, but it certainly dominates the Asian market. The rest of the world will have to deal with it at the current market.

Thanks to the good consumption of steel in China, Chinese suppliers are not interested in increasing exports. As prices Chinese suppliers are growing due to good demand in their domestic market, other exporters see opportunity to seize power. Moreover, Chinese purchases of semi-finished products due to the limitation of the winter season on the carbon emissions added in a couple of areas around China.

Reduction of inventory and reduction of work in progress in the United States lead to higher transaction prices, despite political instability and unclear prospects. Warm winter conditions along with low interest rates and liquidity in the global market are among the other positive signs for the market.

the Level of competition in the market is still very high. There is tough competition for volumes in the region. At present, an adequate volume is only in China. Of course, it is necessary to increase the capacity to balance supply with demand and increase margins in the market.

Inventory scrap depleted in many regions and in need of replenishment

with regard to ferrous scrap, the market seems to be catching up, as stocks in many areas are depleted and need replenishment.

Market is generally stable in the last quarter of the year, and the forecast for the first quarter of the new year is also relatively stable, although conditions still remain challenging. With regard to scrap, the winter market will be busy enough.

Финансовая аналитика, прогнозы цен на сталь, железную руду, уголь и другие сырьевые товары. More news and analytics on Metallurgprom telegram channel - subscribe to get up-to-date market information and price forecasts faster than others.
Сomments
Add a comment
Сomments (0)
On this topic
IREPAS: the steel market is at the bottom in a state of relative equilibrium
The current state of the market is ideal for the sale of rolled steel - IREPAS
The world market for rare earth metals will grow by 10.4% per year
Correct use of slag can save 80% natural gas consumption
Iraq Steel Market Review
World Steel Association defines green steel and its variations
Recommended:
Mining enterprises of Ukraine reduced the export of iron ore by 38.9%
JSPL steel mill manager stoned to death
EU new car market continues to recover in double digits
News Analytics
Analysts predict 5% annual growth in the iron casting market through 203006-12-2022, 12:44
Oman to build a new steel plant worth $3 billion in 3 years06-12-2022, 12:14
Tesla's Shanghai gigafactory set a new record for electric vehicle shipments in05-12-2022, 15:24
Sanjeev Gupta may lose control of his steel plants in Belgium05-12-2022, 13:55
Steel demand and weather in Australia will affect coking coal prices05-12-2022, 13:16
Analysts predict 5% annual growth in the iron casting market through 203006-12-2022, 12:44
Commodity prices will fall, metals quotes will rise slightly - Focus Economics28-11-2022, 13:28
Platinum market to face shortage next year - WPIC22-11-2022, 18:25
Global steel demand falls and will fall by 2.3% in 2022: WorldSteel19-10-2022, 23:12
Iron ore prices fall to 11-month low15-10-2022, 10:36
Sign in with: