World iron ore prices are already below $ 100 per ton

The main factor behind the fall in prices for metallurgical raw materials was the steps of China, which buys about two-thirds of the world's marine iron ore, to reduce steel production in the second half of 2021 to ensure that production for the year does not exceed the record 1.065 billion tons from last year. . 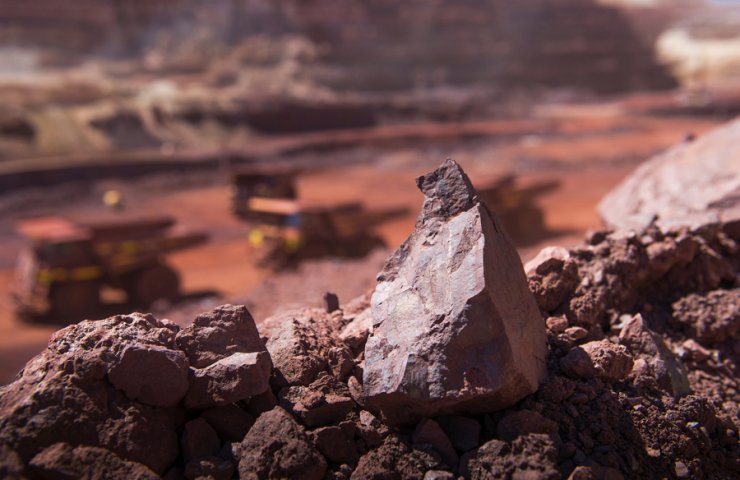 Exchange quotations of iron ore at the auctions in Singapore fell below $ 100 per ton of raw materials containing 62% iron and continue to decline smoothly. The price of spot iron ore for delivery to North China, according to the Argus agency, fell 22.2% from the previous week to $ 100.45 per ton as of September 17.

The spot iron ore price remained below $ 100 per tonne for just over six years until June 2020, except for a short three-month period from May to August 2019, when it was approaching the $ 125 per tonne mark. p>

Ore prices are falling as a result of increased supply from recovering from the pandemic Australia and Brazil amid falling demand from the largest consumer - China. The PRC authorities are seeking to reduce steel production to last year's level in order to demonstrate a reduction in greenhouse gas emissions.

History shows that iron ore is likely to remain below $ 100 per tonne, provided there are no supply disruptions and China adheres to its goal of limiting production.

Interestingly, Australian Treasury officials originally budgeted for 2022 the cost of a ton of iron ore at $ 55, but then revised their forecasts and now believe that prices for ore from iron content will not fall below $ 100 per ton until the end of 2022 and will average $ 90 per ton in 2023.

The fall in world prices means that Ukrainian mining companies will start paying a lower rent rate than a year ago. As a reminder, according to the requirement President Volodymyr Zelenskyy, the Verkhovna Rada adopted changes to the tax rates on mineral extraction, which provide for a reduction in the rental rate to 3.5% when prices for iron ore are less than $ 100 per ton.

The bill was called behind the back the "Akhmetov dispossession project", since at that time ore prices were at the level of $ 200 per ton, which would mean an increase in the rate from $ 4 per ton to 5% of the market value (8 - 12 dollars). At the same time, all analysts, without exception, predicted an imminent fall in prices, only slightly diverging in the timing of the start of the collapse of clearly inflated prices.

According to the latest report from Moody 's Investors Service, the global outlook for the metals and mining industry has changed from positive to stable. Expected that current high price levels will disappear despite expected high overall demand for metals and mining products during this period.