Shares on wall Street fell to a record low. It seems the pandemic has the potential to cause more damage to the world economy than the financial crisis of 2008. 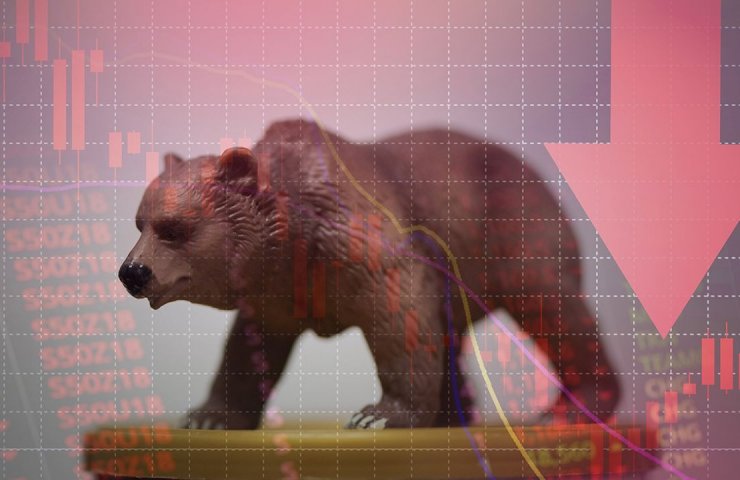 the Decision of the President of trump block all travel and goods from the European Union sent all the major indices into a tailspin. S&P 500 and Nasdaq lost more than a quarter of its value since hitting a record high only 16 sessions ago.

Rapid innovation trump, restricting flights from continental Europe to the United States, led to the fact that European equities have reached almost four-year low and fell sharply airlines, which already suffered from the spread of COVID-19.

On wall street, airline SPCOMAIR fell by 19.6%. Boeing Co fell by 18,1%, as JPMorgan refused long-term support of the company's shares, which led to the fact that the manufacturer of the aircraft entered the worst week in history.

it is Expected that the fed will cut interest rates a second time this month after completing its two-day monetary policy scheduled for next week.

the Yield on U.S. Treasury bonds fell as expectations of aggressive easing by the fed increased.

the Federal reserve of new York announced on Thursday that this week he will enter the 1.5 trillion USD in the new repo.

"Any government action associated with dollars which can be used for the banking system will be considered as positive," - said Period. "But what the market is looking for is real proof that the government is trying to prevent a recession."

Nearly 75% of U.S. companies experiencing supply problems due to the coronavirus, the survey showed the Institute for supply management (ISM). 16% of them in connection with these lowered targets for revenue on average by 5.6%.

In his presidential address on Wednesday U.S. President Donald trump announced a 30-day blockade of cargo and passengers from 26 countries of Europe.

He also said that the government will continue the terms of payment of taxes for victims of the pandemic, will increase loans to small businesses and will provide financial assistance to employees who are ill, are quarantined or caring for those who are sick.

Recommended:
Zimbabwe will undertake another attempt to revive steel industry
YUZHMASH company congratulated SpaceX on the successful launch of the spacecraft Crew Dragon
Tata Steel Europe has promised not to lay off workers in the Netherlands after protests
On this topic
Pandemic topple stock markets
Due to the outbreak of an unknown virus in China, falling steel prices
France can block the sale of British Steel to the Chinese
Los Angeles Times: a Perfect storm in the American market of steel
Акции американских металлургов резко выросли
США: Победители и проигравшие в торговой войне Трампа с Китаем
Add a comment
Сomments (0)
News Analytics
Corum Group of Rinat Akhmetov and the Czech investment company signed a05-06-2020, 12:53
The coalition "enough is Enough grass Krivoy Rog" visited ArcelorMittal checking05-06-2020, 11:57
Reuters: US will punish all those involved in the construction of "Nord stream04-06-2020, 13:39
The Dnieper metallurgical plant launched blast furnace No. 204-06-2020, 12:41
The South Korean Prosecutor's office demands to arrest the Vice-President of04-06-2020, 11:06
Global steel consumption in 2020 will be reduced by 6.4% - Worldsteel04-06-2020, 13:53
American steelmakers are faced with an unexpected problem associated with the14-05-2020, 09:09
Relying on the incentives, Chinese steelmakers increase production30-04-2020, 10:20
The rapid recovery of the steel market in China leads to a drop in iron ore22-04-2020, 13:11
Platts: steel Market of China will not be able to recover until the second half20-04-2020, 12:25