The Australian government has radically revised its iron ore price outlook, making a softer landing over the next 2.5 years from its current peak of over $ 200 /t for 62% fines. 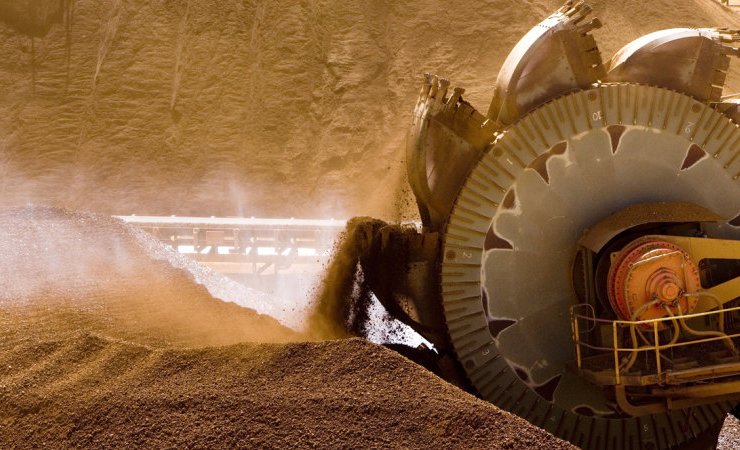 The Australian Government's Office of the Chief Economist (OCE) expects 62 percent iron ore prices to decline from current highs in the second half of 2021, but not fall below $ 100 per tonne until the end of 2022 and an average of $ 90 per tonne ton in 2023.

In 2021, the average annual price of iron ore is expected to be $ 152 per ton. At the same time, all producers in Australia will remain profitable, and by the end of this year, another 10 million tons of production capacity will be commissioned.

According to the previous forecast it was believed that the iron ore price will fall to USD 55 per ton on FOB terms by the end of March 2022.

At the same time, the Australian government has lowered its export volume expectations for 2021 from 897 to 860 million tonnes due to the weak January-March quarter and the prospect of supply disruptions due to the transition to new mines, carried out in Pilbara by large by BHP, Rio Tinto and Fortescue Metals.

Australia's dominance of the offshore iron ore market is said to be threatened, first by rising Brazilian exports in 2022 and 2023 and then longer term by mining developments in Africa such as China's Simandou project in Guinea.

OCE expects iron ore prices to decline as production in Australia and Brazil picks up during the remainder of 2021 following seasonal weather changes in January-March, while demand from China will decline due to government intervention and tightening controls export of steel from China. However, the government warns that any attempt by Beijing to restrict Australian imports of iron ore could result in higher-than-expected prices. Since the second half of last year, Australian exports of coal and other goods have not been going to China in full volumes due to ongoing diplomatic tensions between the two countries.

Финансовая аналитика, прогнозы цен на сталь, железную руду, уголь и другие сырьевые товары. More news and analytics on Metallurgprom telegram channel - subscribe to get up-to-date market information and price forecasts faster than others.
Сomments
Add a comment
Сomments (0)
On this topic
World iron ore prices are already below $ 100 per ton
The price bubble in the ore market will soon deflate quickly
Global iron ore production growth to outstrip cumulative production in India and Russia - Fitch
Iron ore prices to surpass six-year high soon
Ferrexpo increases production of iron ore pellets in 2020 by 7%
Prospects for the development of the economy and steel market in the EU in 2019-2020
Recommended:
Employees of Ukrzaliznytsia mined crypto on service equipment
Chinese scientists discover previously unknown mineral in lunar soil samples
China ramps up investment in transport to bolster economy
News Analytics
The production of passenger cars in Russia decreased by 2.8 times in eight29-09-2022, 11:19
Donetsk and Torez electrotechnical plants will start producing electrical29-09-2022, 11:37
Ukrainian coking plants reduced gross coke production by 55.2%29-09-2022, 11:28
China ramps up investment in transport to bolster economy29-09-2022, 11:33
The heads of mining companies named the main risks for business29-09-2022, 10:03
China production cuts in winter will give limited boost to steel markets -15-09-2022, 10:09
Steel prices may rise as manufacturers stop production11-09-2022, 14:06
IREPAS: The global long products market is in a "dramatic situation"10-09-2022, 20:49
Steel prices are unlikely to rise significantly in the near future - analysts02-09-2022, 22:58
Steel prices may move up on new data from China31-08-2022, 12:19
Sign in with: