The decision by Europe's largest steelmaker to introduce surcharges follows a similar move by British steel, which raised steel prices by £ 30 per tonne. 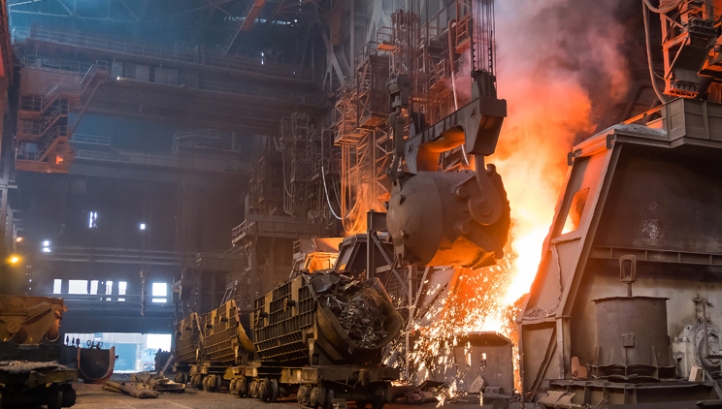 ArcelorMittal, the largest steel producer in Europe, has introduced a surcharge of EUR 50 per tonne on its steel products due to the sharp rise in electricity prices. This was reported by Argus Media.

A shortage of natural gas has led to skyrocketing energy prices across Europe, driving up energy costs across all industries, especially energy-intensive industries such as steel.

Smelters that use electric arc furnaces have been hit hardest, as electricity accounts for most of their costs. High steel prices and hedging have slightly reduced the losses to an industry that usually operates at low margins.

Previously it was reported that such companies as British steel and the European branch of the Indian metallurgical group Tata Steel introduced steel premiums due to the rise in energy prices.

Финансовая аналитика, прогнозы цен на сталь, железную руду, уголь и другие сырьевые товары. More news and analytics on Metallurgprom telegram channel - subscribe to get up-to-date market information and price forecasts faster than others.
Сomments
Add a comment
Сomments (0)
On this topic
Will the UK government interfere with British Steel?
British Steel increased prices for rolled metal products, shifting the rise in energy prices to
British Steel lenders insist on plant closure
British Steel buyer has not yet appeared
France can block the sale of British Steel to the Chinese
The new owner of British Steel will not "bother" with the number of staff
Recommended:
China to halve ferroalloy production due to weak demand
EU new car market continues to recover in double digits
The pipe metallurgical plant in Nikopol continued to work after a short stop
News Analytics
Australia and the UK aim to catch up and overtake China in the battery metal26-11-2022, 22:37
The United States imposed a ban on the import and sale of equipment from26-11-2022, 22:31
The pipe metallurgical plant in Nikopol continued to work after a short stop26-11-2022, 22:52
The state will not support the export of metals from Russia - Ministry of25-11-2022, 13:18
ArcelorMittal Kryvyi Rih suspends production due to shelling of energy25-11-2022, 12:04
Platinum market to face shortage next year - WPIC22-11-2022, 18:25
Global steel demand falls and will fall by 2.3% in 2022: WorldSteel19-10-2022, 23:12
Iron ore prices fall to 11-month low15-10-2022, 10:36
China production cuts in winter will give limited boost to steel markets -15-09-2022, 10:09
Steel prices may rise as manufacturers stop production11-09-2022, 14:06
Sign in with: