In the first half of the year, the American automaker increased the production of electric cars in China to 300 thousand units, which is more than 60% of its production in the same period last year. 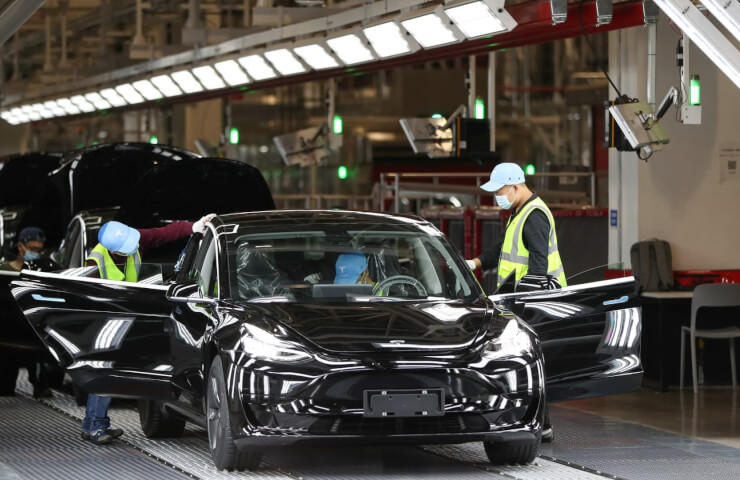 Despite shutting down operations in China due to the COVID-19 pandemic, American electric vehicle maker Tesla's plant in Shanghai, east China, produced nearly 300,000 vehicles in the first half of 2022, representing more than 60% of its total deliveries last year.

In particular, according to Tesla China, Tesla's Shanghai gigafactory delivered 77,938 vehicles to the Chinese market in June this year, up 177% year-over-year.

From January to June of this year, almost 100,000 vehicles produced by Tesla's Shanghai plant were exported abroad.

The level of localization of auto parts at the factory was more than 90%.

Recall that, according to the results of the second quarter, Tesla ">reduced global shipments by 18% compared to the previous three months - to 254,695 pieces. Including deliveries of Model S and Model X amounted to 16,162 cars, Model 3 and Model Y - 238,533.