Tesla abstained from bidding on a plot of land across the street from the factory in March as it no longer aims to significantly increase manufacturing capacity in China. 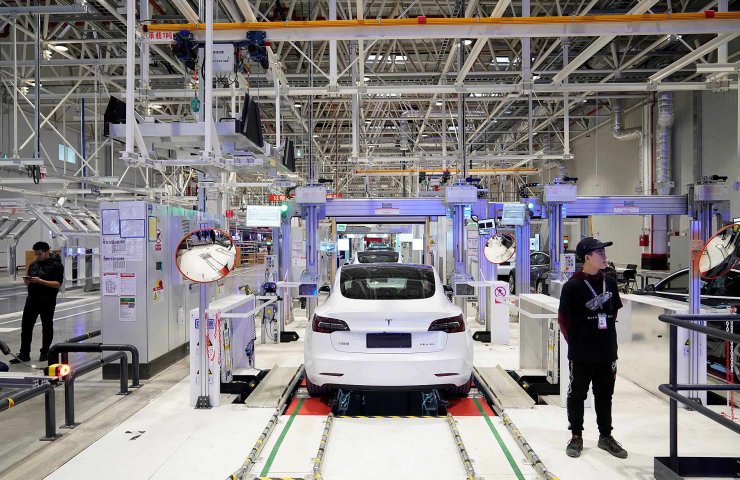 American electric vehicle maker Tesla Inc has scrapped plans to buy land to expand its Shanghai plant and turn it into a global export hub amid uncertainty over tensions between the U.S. and China, Reuters reported, citing sources familiar with the situation. .

With 25% tariffs on imported Chinese electric vehicles imposed on top of existing taxes under former President Donald Trump, Tesla now intends to cap China's share of its global production, according to two out of four people.

According to agency sources, the American company had previously planned to expand its Shanghai plant in order to export the Model 3 cars produced there to other countries, including the United States. Shanghai Model 3s are currently shipping to Europe. The plant produces Model 3 and Model Y cars. The plant's capacity allows it to produce up to 500 thousand cars per year.

In addition, Bloomberg, citing data from the China Passenger Car Association, reported a drop in Tesla sales in China. In April of this year, the company sold 25,845 locally produced vehicles against 35,478 vehicles in March. At the same time, 14,174 vehicles were exported to Europe. The association did not release data on exports of Shanghai-made electric vehicles in March or February. Tesla began exporting its Chinese vehicles late last year.

Recall that recently Tesla was accused in China of spying on military targets using the built-in autopilot cameras.

Recommended:
The US Embassy congratulated Ukravtodor on signing a memorandum with an American company
Bogdan Motors continues to ship trolleybuses to Kharkiv
Dneprovsk Metallurgical Plant specialists achieved record serial production of continuous casting machine
On this topic
If Tesla is caught spying in China or another country, then it will be immediately shut down - Elon
Tesla starts shipping Chinese versions of the Model Y SUV
Tesla to build exclusive electric cars in Berlin for $ 25,000
Tesla plans to export China-made Model 3s to Asia and Europe
Panasonic announced plans to increase battery capacity for electric vehicles by 20%
Elon Musk sells all his possessions in order to "devote himself to Mars"
Add a comment
Сomments (0)
News Analytics
Metinvest's Italian contractors reveal details of the investment project in16-06-2021, 23:01
Energoatom approved Electrotyazhmash as a supplier of turbine generators for16-06-2021, 14:57
Representatives of Ukraine and Germany discussed the prospects for cooperation16-06-2021, 10:49
Vestas and DTEK RES signed an agreement for the supply of wind turbines for the16-06-2021, 10:45
SSAB agrees with Volvo to supply and refine HYBRIT decarbonized steel16-06-2021, 10:40
Vaccinations fuel demand for platinum - World Platinum Investment Council08-06-2021, 12:55
Sharp price growth continues in the rolled metal market - Ukrpromvneshexpertiza08-06-2021, 11:04
Analysts note overheating of the global scrap metal market01-06-2021, 13:28
Hydrogen-fueled steelmaking could be competitive after 2050 - McKinsey19-05-2021, 14:22
Steel raw material prices are skyrocketing across the board18-05-2021, 12:34
Sign in with: