The Shanghai plant of the American automaker has already begun production of Tesla electric vehicles for export. Part of the manufactured cars has already gone to the markets of the Asia-Pacific region and Europe. 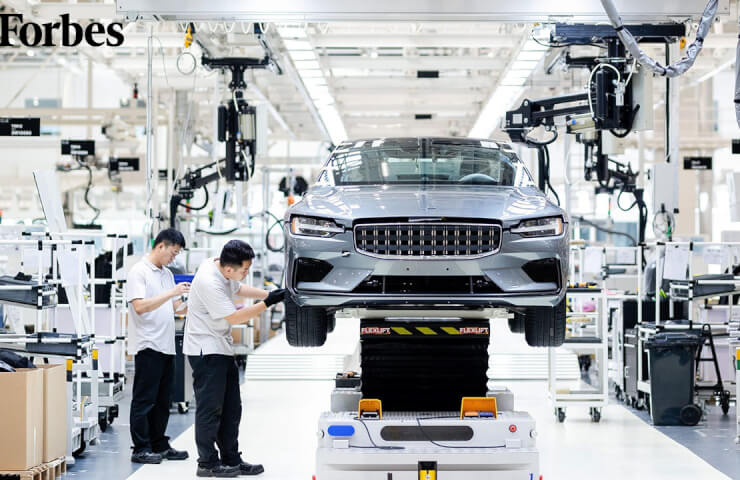 As of April 30, a total of 10,000 vehicles have rolled off the assembly line at Tesla's Shanghai gigafactory since the company resumed production on April 19. At the same time, the company's production capacity has not yet fully recovered, the company said.

In the first four months of this year, the Tesla plant in Shanghai delivered 183,686 vehicles, which is more than the same period in 2020, and also 1.7 times more compared to January-April 2021.

Due to a new outbreak of the COVID-19 epidemic in the metropolis, the Shanghai gigafactory was forced to suspend production for more than 20 days.

The company also said that the Shanghai plant has already started producing cars for export. Part of the manufactured cars has already gone to the markets of the Asia-Pacific region and Europe.

“We consider the epidemiological situation a short-term test and challenge. We have seen the ability of all sectors to cope with the challenges in the reopening process. We are convinced that production will soon return to normal,” said Tesla Vice President Tao Lin.

Финансовая аналитика, прогнозы цен на сталь, железную руду, уголь и другие сырьевые товары. More news and analytics on Metallurgprom telegram channel - subscribe to get up-to-date market information and price forecasts faster than others.
Сomments
Add a comment
Сomments (0)
On this topic
Tesla in Germany faced problems and it is unclear when it will be able to launch its
Tesla resumes electric car production in Shanghai
Elon Musk doubles down on China with Tesla plant in Shanghai
Elon Musk showed how it will look giavarina Tesla in Berlin
The future of electric vehicles is being shaped in China
South Korea's Hyundai Motor resumed production after a partial lifting of the quarantine in China
Recommended:
The European Parliament tightened the requirements for the Frontier Carbon Adjustment Mechanism CBAM
The activities of the machine-building holding KONE in Russia will be terminated
European and Turkish metallurgists curtail steel production amid weak demand
News Analytics
The Belarusian steel plant was visited by the Ambassador of Kazakhstan to06-07-2022, 17:44
US steel prices fall to December 2020 levels06-07-2022, 13:40
Interpipe mastered a new type of railway wheels for the EU market06-07-2022, 12:15
Tesla in the second quarter reduced the supply of cars by 18%04-07-2022, 10:24
Steel prices fall due to weakening European demand and problems in China04-07-2022, 10:40
High iron ore shortage could halt metallurgy's green transition28-06-2022, 14:02
Price volatility hits global steel market27-06-2022, 19:28
Recovery in China could be key to rising global steel prices - MEPS24-06-2022, 14:00
Conflict in Ukraine spurs Europe's drive for clean energy03-06-2022, 12:14
US steel market sentiment becomes more price neutral05-05-2022, 10:15
Sign in with: