Industry experts are urging the Indian government to remove the levy as soon as possible as it increases uncertainty in the export market. They argue that the duty dealt a double whammy as it put pressure on export margins at a time when prices began to correct in light of falling global coking coal prices. 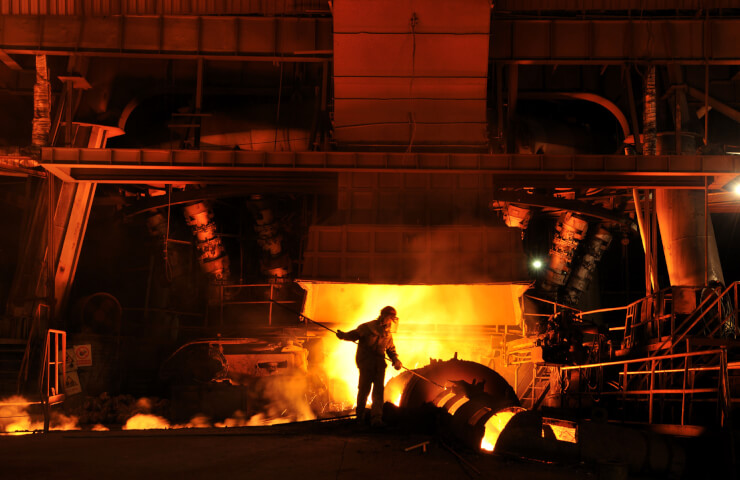 Steelmakers in India expect export duties to be lifted on some, if not all, steel products.

According to Moneycontrol, the government is likely to abolish export duties on steel in stages. It is said that New Delhi will first consider removing the export duty on flat products, while the export duty on structural steel such as rebar, rope and roofing sheets will remain.

Flat products include but are not limited to hot rolled coil (HRC), cold rolled coil and sheets.

JSW Steel Joint Managing Director Seshagiri Rao told Moneycontrol that he expects the export duty to be reduced before the end of September.

Industry experts and officials are calling on the government to eliminate the levy as it increases uncertainty in the export market. They argued that the duty was a double blow to the industry as it put pressure on export margins at a time when prices began to correct in the wake of falling global coking coal prices.

Alok Sahay, secretary general of the Indian Steel Association, said at an event last week that the imposition of an export duty on steel ended up hurting steel production by 8-10 percent and impacting foreign exchange inflows into the country.

Финансовая аналитика, прогнозы цен на сталь, железную руду, уголь и другие сырьевые товары. More news and analytics on Metallurgprom telegram channel - subscribe to get up-to-date market information and price forecasts faster than others.
Сomments
Add a comment
Сomments (0)
On this topic
The demand for steel in India is growing with the growth of public expenditure
Tata Steel and JSW Steel Profits Threatened by Rising Imports from China
Indian steel mills are concerned about increased steel imports from South Korea and Japan
Indian steel consumers called price increases speculative and demand government intervention
India Offers Tesla Big Incentives To Build An Electric Vehicle Factory
Indian Buyers Against Additional Import Duties
Recommended:
Steelmakers are exploring the use of hydrogen for energy-intensive processes
For 8 months of 2022, steel production in Ukraine fell by 64.5%, to 5.2 million tons
Battery output in China rose significantly in August
News Analytics
Tata Steel merger plan to secure long-term profits03-10-2022, 10:46
US hydrogen prices to drop to zero dollars per kg in 5 to 6 years: Platts02-10-2022, 21:53
The production of passenger cars in Russia decreased by 2.8 times in eight29-09-2022, 11:19
Donetsk and Torez electrotechnical plants will start producing electrical29-09-2022, 11:37
Ukrainian coking plants reduced gross coke production by 55.2%29-09-2022, 11:28
China production cuts in winter will give limited boost to steel markets -15-09-2022, 10:09
Steel prices may rise as manufacturers stop production11-09-2022, 14:06
IREPAS: The global long products market is in a "dramatic situation"10-09-2022, 20:49
Steel prices are unlikely to rise significantly in the near future - analysts02-09-2022, 22:58
Steel prices may move up on new data from China31-08-2022, 12:19
Sign in with: