The profit growth in the automotive sector was made possible by the recovery of production and supply chains, as well as Beijing's policies to stimulate consumption, including lowering taxes on the purchase of cars. 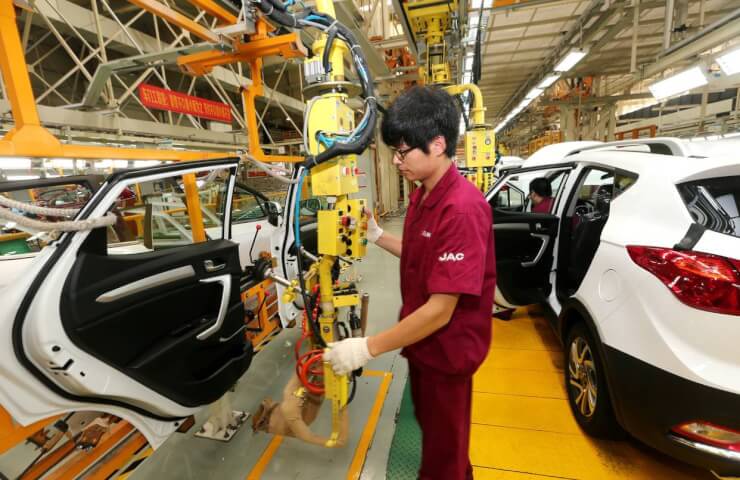 Profits of China's large industrial enterprises declined 1.1% year-on-year in the first seven months of 2022. This was announced on Saturday by the State Bureau of Statistics of China.

According to the agency, the total profit of large industrial enterprises, each with an annual core business income of at least 20 million yuan (about 2.92 million US dollars), reached 4.89 trillion yuan during this period.

The combined revenue of these companies grew at a faster pace during this period, rising 8.8% year on year to 76.57 trillion yuan.

A total of 16 of the 41 major industries experienced profit growth between January and July, including 14 of which saw gains of more than 5%.

The agency highlighted the recovery of the equipment manufacturing industry and the growth in profits in the automotive sector, which was made possible by the restoration of production and supply chains, as well as policies aimed at stimulating consumption, including lowering taxes on the purchase of cars.

In July, profits in the equipment manufacturing sector grew by 6.8% year on year, up 2.7 percentage points. compared to the increase recorded in June. Thus, the industry has been recovering for three consecutive months.

Automotive was one of the industries that saw the fastest growth in profits. In July alone, its growth amounted to 77.8%, which is 30.1 p.p. more than in June.