Iran seeks to become the seventh largest steel producer in the world by 2025, with plans to reach a total annual output of steel production to 55 million tons. Now it is may fail. 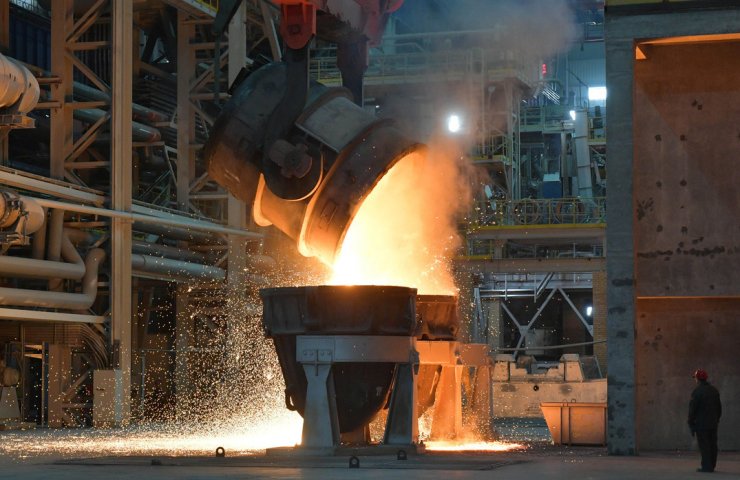 President Donald trump on Friday imposed expanded economic sanctions against metallurgical industry in Iran in an attempt to punish the country for a rocket attack earlier this week on two US military bases in Iraq.

Sanctions are both primary and secondary. This means that they will apply to third parties, the leading business with Iran.

the Latest round of sanctions includes some of the previously authorized producers of steel, copper and aluminium in Iran and China trading company Pamchel Trading Beijing Co. Ltd., which Aug 2019 monthly purchased thousands of metric tons of steel slabs from the largest steel producer in the middle East Iran Esfahan Mobarakeh Steel Company, which also fell under the sanctions.

OFAC also imposed sanctions in regards based in Oman a Reputable Source Trading LLC, that connected with Khouzestan Steel Company.

"as a result of these actions, we stop supporting the Iranian regime with billions of dollars," said Secretary of state Mike Pompeo.

In 2018, Iran had produced about 24.5 million tons of steel, making it the 11th-largest producer of the metal, according to the world steel Association Worldsteel.

a Complex network of sanctions imposed by the US in 2018, already prohibits almost all transactions with the Iranian economy to American and foreign companies under the threat of financial and criminal penalties.

the trump also issued a new Executive order that gives his administration more powers to impose sanctions on foreign companies that continue to operate in Iran.

Many sanctions programmes have led to the fact that most foreign banks are wary of processing any transactions with Iran, including the import of food and medicines, which are nominally permitted within the programme of US sanctions.

Sponsored by the EU mechanism designed to bypass dollar transactions with Iran, Instex exchange, are unable to function effectively.

"We warned Instex and others that they are likely to be subjected to secondary sanctions," said Treasury Secretary Steve Mnuchin. But he added that the United States work with Switzerland on the establishment of the regulator, which will allow to process humanitarian transactions with Iran.

the US Sanctions have cut Iranian oil exports crucial to the economy of the country by 2 million barrels a day, but had not achieved its stated objectives - to bring the volume to zero. China continues to import oil from Iran, despite the threat of U.S. sanctions.

"We are negotiating with China, as well as with any other contractor on the evasion of sanctions", - said Mnuchin.