The US sanctions imposed by the Donald Trump administration against the Iranian steel industry did not prevent the boom in Iranian steel exports to foreign markets. 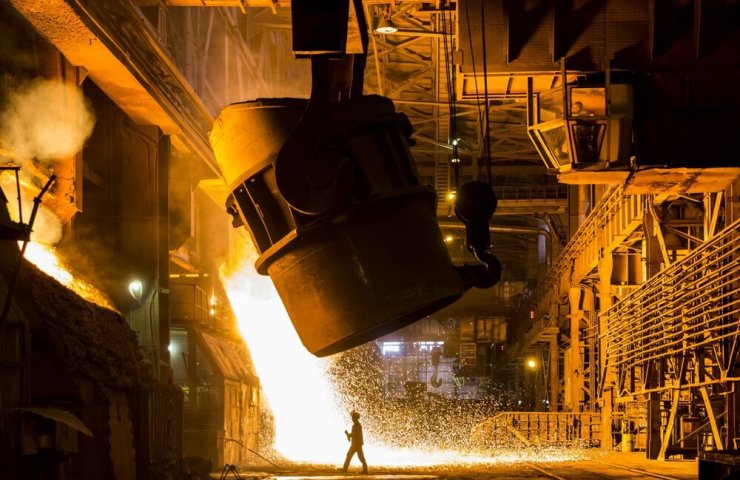 While US sanctions target not only Iran's oil industry, but also the metallurgical sector, periodic reports published by both international and domestic sources show that the Iranian steel industry has not been affected by the sanctions, but rather is experiencing a boom in production and exports ... About this writes on Saturday TehranTimes edition.

According to him, Iranian steel producers exported 2.358 million tons of steel ingots and metal products during the first half of the current Iranian calendar year (March 20 - September 21). Of the country's total exports in the first half of the year, 19.5 percent fell on the sixth month of this year, which indicates an upward trend in exports.

“Iran is resolutely pursuing a policy of strengthening its domestic production to achieve self-sufficiency and resist sanctions, and in this regard, the country has identified several major programs in various manufacturing sectors to achieve this goal,” TehranTimes reported.

As proof of Iran's success in lifting its industrial sector, despite all the pressure and restrictions, the publication cited statistics from the World Steel Association, according to which Iran shows the highest growth in steel production in the world.

While global steel production fell 1.3% in the first 11 months of 2020, Iranian steelmakers produced 26.369 million tonnes of steel in January-November this year, up 13% from the same period last year - 23.385 million tons.

The Worldsteel report also indicates that monthly steel production in Iran in November this year increased by 14 percent over the same month the previous year.

Recall that in January this year, President Donald Trump imposed expanded economic sanctions against Iran's steel industry in an attempt to punish the country for a missile strike earlier this week on two US military bases in Iraq.

"As a result of these actions, we will end billions of dollars in support of the Iranian regime," Secretary of State Mike Pompeo said at the time.

Recommended:
Indian Ambassador and Military Attaché inspected the ArcelorMittal Temirtau Iron and Steel Works
Donbasenergo announced the possible bankruptcy of the company and mass layoffs
On the regional markets of metallurgical products, prices are balancing in a narrow corridor
On this topic
Iran prepares to launch its telecommunications satellite into 7,000 km orbit
Iranian steel production up 11.3% despite US sanctions and COVID
Iran intends by 2025 to become the eighth largest steel producer in the world
Iran increased its steel exports by 28%
USA slapped sanctions on steel industry of Iran
Iranian Steel Exports Increase 37% YoY
Partner news
Сomments
Add a comment
Сomments (0)
News Analytics
Azerbaijan's SOCAR plans to invest in the extraction of battery metals in26-07-2021, 22:00
The first domestic industrial energy storage system was developed and launched26-07-2021, 22:11
The profitability of purchases of scrap metal in Ukraine has decreased, but is26-07-2021, 17:27
Metinvest is ready to pay more than 9 billion hryvnia for the Dnieper steel26-07-2021, 13:01
Cherkassk Azot by Dmitry Firtash completed the modernization of the ammonia26-07-2021, 13:45
On the regional markets of metallurgical products, prices are balancing in a22-07-2021, 16:22
Demand for armaments will ensure a stable growth of armored steel sales by 4%20-07-2021, 10:10
Protectionist Measures Support European Steel Prices Despite Summer Lull19-07-2021, 11:02
Positive price growth is observed in the markets for metallurgical products16-07-2021, 14:12
European steel market is in confusion: price growth has slowed down, but no one21-06-2021, 17:40