The State Oil Corporation of China promises to continue exploration of the shelf of the politically turbulent South China Sea. 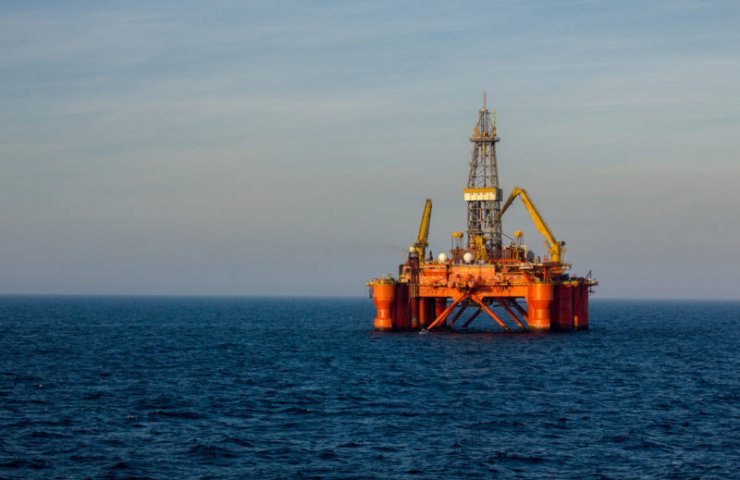 China National Offshore Petroleum Corporation (CNOC) announced the discovery of an oil and gas field in the South China Sea with proven reserves of 50 million tonnes of oil equivalent.

The field, named Huizhou 26-6, is located in the Zhujiangkou Depression with an average depth of 113 meters below the surface of the water. An exploration well determined that the thickness of the oil and gas deposits is 422.2 meters, according to KNOCK.

This find will effectively increase the supply of clean energy resources in South China, the company said, promising to continue exploration to discover even greater oil and gas resources.

Established in 1982, KNONK is a leading manufacturer of offshore oil and gas in China. At the moment, the corporation's activities cover more than 40 countries and regions of the world.

Earlier it was reported that during the period from 27 to 30 January in the waters of the South China Sea will be held exercises by the naval forces (Navy) of China. The United States followed the announcement by imposing visa restrictions on state-owned representatives, Chinese Communist Party officials, and the military who, according to Washington, are responsible for the militarization of the South China Sea.

For decades, the PRC has been arguing with several countries in the region over the territorial affiliation of a number of islands in the South China Sea, on the shelf of which significant reserves of hydrocarbons have been discovered. We are talking primarily about the Xisha archipelago (Paracel Islands), the Nansha and Huangyan islands (Scarborough reef). Vietnam, Brunei, Malaysia and the Philippines are involved in the dispute to one degree or another. Since the end of 2013, China has been carrying out large-scale work on the creation of artificial islands, as well as the expansion and development of these territories.

Recommended:
28 officials prosecuted for explosion at gold mine in East China
"NIBULON" has launched the sixth non-self-propelled vessel of NBL-91 project in working mode
Glencore To Pay $ 1.6 Billion In Dividend Amid High Commodity Prices
On this topic
Sriwijaya Air SJY 182 from Jakarta to Pontianak disappears from radar immediately after takeoff
For the first time, electric transport has become more cost-effective than with internal combustion
A billion tons of cargo have passed through the port of Dubai in 10 years, and most of them are
Iran increased its steel exports in December at 91%
USA slapped sanctions on steel industry of Iran
China Gold wants to buy $ 2 billion in new assets
Add a comment
Сomments (0)
News Analytics
At the Yaroslavsky metallurgical plant in the Dnieper began to pay for new04-03-2021, 14:39
Novokramatorsk Machine Building Plant strengthens its position in the national04-03-2021, 14:44
ArcelorMittal Kryvyi Rih started hot tests of sinter machine No. 2 after04-03-2021, 14:37
Chinese researchers develop soft robot for deep sea exploration04-03-2021, 13:19
Lufthansa has a record loss of 6.7 billion euros in 202004-03-2021, 13:48
Spread between raw materials and high strength alloy steel in Europe increased01-03-2021, 20:21
Increase in prices is forecasted in the markets of steel raw materials -26-02-2021, 09:25
Troy ounce of gold will drop $ 500 in two years - Fitch25-02-2021, 18:29
Global iron ore production growth to outstrip cumulative production in India23-02-2021, 10:22
Fitch Ratings Warns of “Shocking Impact” on Fossil Fuel Exporters18-02-2021, 14:44
Sign in with: