POSCO sells stake in Myanmar military company, which fell under US sanctions

POSCO's largest shareholder, the National Pension Service, is pressuring the steel giant to sever ties with the Myanmar military. 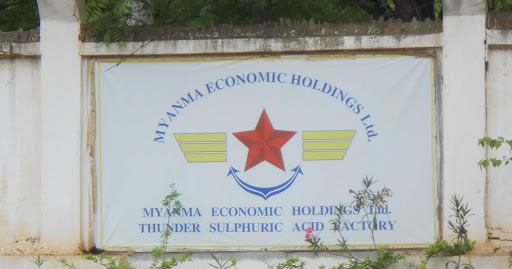 MEHL is one of Myanmar's military companies that have recently come under US and UK sanctions. POSCO has previously stated that its business will not be affected by the sanctions and that it will only take action if it finds that MEHL is directly involved in the coup.

International pressure on the armed forces and companies associated with them has been steadily increasing since February: the death toll in the two months since the generals overthrew the elected government of Daw Aung San Suu Kyi stood at about 550 people.

POSCO's profits from its steel business in Myanmar - about 2 billion won ($ 1.77 million) last year - are negligible compared to the company's gas projects in Myanmar.

Recommended:
Sanjeev Gupta's first three steel plants go bankrupt
8 people were killed and one injured as a result of the release of coal and gas at a coal mine in southwestern China
Novokramatorsk Machine-Building Plant has raised wages for the second time since the beginning of the year
On this topic
The largest South Korean steel company POSCO expects steel prices
POSCO's profit fell by half due to high prices for ore
Posco prepares for the green car era
POSCO and Hyundai Steel to lose up to 30 percent in profits due to higher ore prices
Chinese company Kunming plans to build a steel plant in Myanmar
South Korean metallurgists complain of growing environmental burden
Add a comment
Сomments (0)
News Analytics
Iran is satisfied with the reaction of the world community to 60% enrichment of18-04-2021, 13:24
Gas prices in Ukraine have reached a record value over the past two years -16-04-2021, 17:24
Ukrmetallurgprom asks the Antimonopoly Committee to allow Metinvest to bid for16-04-2021, 17:23
A fatal accident occurred on the territory of the Dnieper Metallurgical Plant16-04-2021, 13:01
Cars built for Euro 2012 will be repaired at the Kryukov Carriage Works16-04-2021, 12:46
World Steel Association predicts a good year for metallurgists15-04-2021, 18:19
World Steel Association defines green steel and its variations12-04-2021, 13:14
China unlikely to cut steel capacity in 2021 due to high steel prices07-04-2021, 12:11
Scrap metal market at the beginning of April02-04-2021, 11:10
Rising Chinese Prices Fueled Rising Global Steel Prices - MEPS25-03-2021, 18:54
Sign in with: