With the help of unmanned aerial vehicles, metallurgists and miners of Kazakhstan can contactlessly inspect the facilities of the enterprise for production risks. 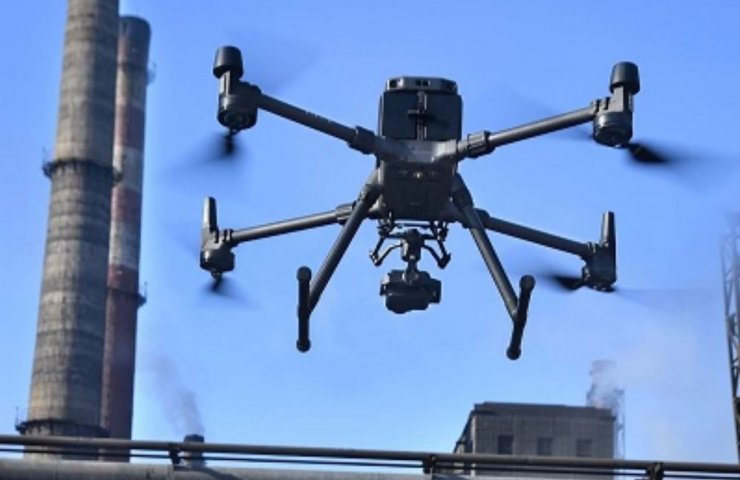 In order to facilitate the performance of workers' tasks and reduce the risk of injury, ArcelorMittal Temirtau uses unmanned aerial vehicles. The large drone army of the largest mining and metallurgical enterprise in Kazakhstan has recently been replenished with three more fighters.

Unmanned aerial vehicles make photo and video recording in the visible and infrared spectrum, which makes it possible to inspect objects without contact for production risks. Drones often "inspect" buildings, structures, pipelines and roofs. Previously, this work was done by people.

The project with drones at ArcelorMittal Temirtau JSC was implemented by the engineering group of the technical dispatch department in 2018. The usefulness of the project was appreciated almost immediately. With a well-functioning mechanism of work, the use of drones not only makes it easier to perform tasks, but also makes it completely safe. Within a month, the engineering group receives applications from other workshops with the task of making a flyby. Based on these applications, a flight schedule for the next month is drawn up, and according to the plan, objects are inspected.

Once a quarter, ArcelorMittal Temirtau engineers participate in videoconferences, where, together with other experts from various countries, they discuss the nuances of using and improving work with unmanned aerial vehicles, as well as new areas of their application.

Yevgeny Kuznetsov, Head of the Unit for Distillation of the CTC of ArcelorMittal Temirtau JSC:

“The introduction of drones allows you to inspect objects for damage without entering dangerous areas and hard-to-reach places. There are pipelines that cannot be approached on an aerial platform; the presence of a drone helps out here. In order not to prescribe the work of a whole team of 7 people on the gas pipeline, you can simply film the object and, already sitting at the computer, analyze the production and infrastructure risks. The first drone could only fly for 25 minutes. And the flight time of the drone purchased in 2020 is 50 minutes. In this regard, the new drone allows more flights, with better quality and greater benefits for the plant. ”

Recommended:
Volvo and SSAB Agree to Produce Zero Emissions Green Trucks from Steel
Liberty Steel requests £ 170m emergency aid from UK government
Energomashspetsstal shipped rotor parts for American General Electric
On this topic
High-speed railway line will connect the south of Kazakhstan and the capital of Uzbekistan
Four people die at state-owned steel mill in India
Honda announced the start of mass production of autonomous cars of the third level
Erbol Nurgaliyev visited the metallurgical plant of JSC "ArcelorMittal Temirtau"
The plant of ArcelorMittal in Kazakhstan is in normal mode despite the quarantine
36 people were killed at a construction site in Cambodia after the contractor saved on the valve
Add a comment
Сomments (0)
News Analytics
The capacity of the domestic steel market in Ukraine in January-March decreased19-04-2021, 10:33
In Russia, there is an exuberant demand for agricultural machinery19-04-2021, 10:24
Iran is satisfied with the reaction of the world community to 60% enrichment of18-04-2021, 13:24
Gas prices in Ukraine have reached a record value over the past two years -16-04-2021, 17:24
Ukrmetallurgprom asks the Antimonopoly Committee to allow Metinvest to bid for16-04-2021, 17:23
World Steel Association predicts a good year for metallurgists15-04-2021, 18:19
World Steel Association defines green steel and its variations12-04-2021, 13:14
China unlikely to cut steel capacity in 2021 due to high steel prices07-04-2021, 12:11
Scrap metal market at the beginning of April02-04-2021, 11:10
Rising Chinese Prices Fueled Rising Global Steel Prices - MEPS25-03-2021, 18:54
Sign in with: