China's growth rate of 6.2 percent in the second quarter of this year was the lowest in nearly 30 years. The reason is the trade war with the United States. Nevertheless, steel production is at a record high, and the market is waiting for additional incentives for domestic consumption of steel products. 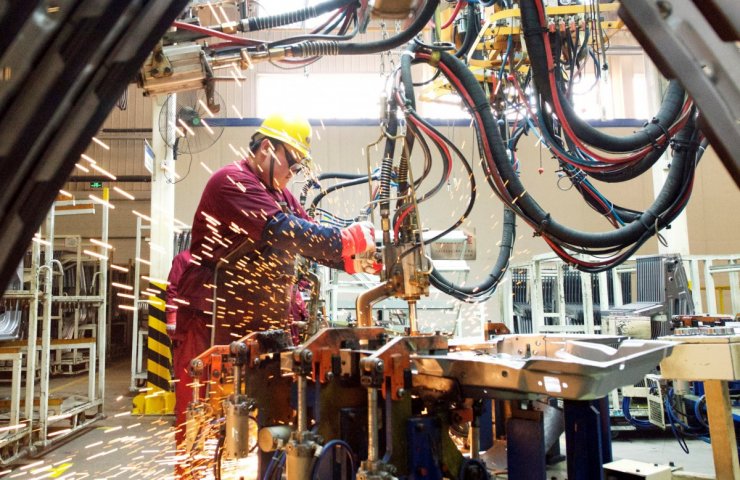 China's gross domestic product (GDP) growth fell to a 27-year low of 6.2% in April-June from 6.4% in the previous three months. The achieved figure is within the framework of the government's planned annual growth of 6 to 6.5 percent.

Beijing is trying to stimulate the economic environment with tax cuts, soft monetary policy and other measures, increasing the already significant government debt. The slowdown has raised expectations for further stimulus measures to support the economy, which could boost steel demand in infrastructure and housing.

GDP numbers were in line with analysts' expectations, but sparked speculation about further stimulus measures, especially with uncertainty about progress in US-China trade negotiations.

The pressure on the world's second largest economy is growing. The volume of China's foreign trade since the beginning of the year has decreased by two percent, and in June compared to the same month last year - even by four percent. At the same time, if the drop in exports was only 1.3 percent last month, then imports - 7.3 percent. This was mainly due to trade relations with the United States. June was the first month in which there were increased duties in both countries on large imports. As a result, exports from China to the United States fell by 7.8 percent in June, while imports from the United States fell by 31.4 percent.

It is the trade war with the United States that is the main reason for the slowdown in growth in China, analysts say. Despite the fact that US President Donald Trump and Chinese President Xi Jinping on the sidelines of the G20 summit announced the resumption of trade negotiations, the parties have not yet returned to a substantive conversation. Trump, at a meeting with Xi in Japan, also promised to refrain from imposing new duties.

Lack of progress in negotiations affects investor sentiment. The trade war is slowing growth not only in China, but also in the United States, and hurts the global environment. Slower economic growth in China and expected rate cuts from the US Federal Reserve have opened the door for further monetary easing to support growth in line with China's official growth target of 6-6.5% this year, Singapore-based DBS Bank said. .

The current level of investment in sectors such as infrastructure and manufacturing is still "relatively low, " says China's National Bureau of Statistics, adding that more efforts should be made to "deepen reform, optimize the business environment and further stimulate market vitality ".

China's construction sector accounts for over 60% of steel consumption.

Real estate investment growth slowed for the second month in a row, with 10.9% year-on-year growth in Jan-June, but still higher than the 9.5% growth in 2018, which should support steel prices in the short term.

In January-June, the launch of new projects started at a rapid pace of 10.1% in terms of area. Real estate sales rose 1.8% year-on-year and 5.6% in yuan, indicating continued year-on-year real estate price increases should boost housing investment.

Industrial production growth increased to 6.3% in June compared to 5% in May. In terms of steel-consuming industries, car production declined by 2.5%. The production of railway, shipbuilding, aerospace and other vehicles grew by 14.5%, while the production of equipment grew by 2.6%.

The decline in the production and sales of cars has led to a decrease in prices and demand for flat products, and long-term sales have begun to bring more profit in the domestic market.

Growth in infrastructure investment remains sluggish, despite Beijing expanding the availability of funds for such projects by issuing special bonds and allowing projects to use these bonds as part of their capital to attract more bank loans.

As previously reported, Chinese metallurgical companies continued to increase steel production in June, mainly due to consistently high demand from the construction sector.

Обозреватель рынка стали и цветных металлов. Пишу аналитические обзоры рынка для Металлургпром. More news and analytics on Metallurgprom telegram channel - subscribe to get up-to-date market information and price forecasts faster than others.
Сomments
Add a comment
Сomments (0)
On this topic
Steel consumption growth in India slows down
Steel prices in India fell to 19-month low
China's steel sector can only rely on the real estate sector
Platts: Real steel demand in China will fall by 36% in the first quarter
In the Asia-Pacific region in 2019 decreased volumes of export-import operations
Fitch increased the forecast of GDP growth of Russia
Recommended:
The world's first contract for the supply of a 1 GW hydrogen electrolytic cell was signed
A converter was repaired at Polymetal Production without shutting down production
Canadian scientists have proposed to "collect" CO2 from the atmosphere using railways. wagons
News Analytics
India prepares to lift export duties on steel09-08-2022, 08:34
Russian metallurgists will need more than 10 years to replace imports of key09-08-2022, 07:23
China reduced steel exports in July by one million tons or 12%08-08-2022, 17:41
World steel prices have moved from a protracted fall to growth08-08-2022, 16:27
Ferrexpo's net profit in the first half of the year decreased by 88%03-08-2022, 10:20
The US market may begin a collapse in prices for thick sheet14-07-2022, 09:39
High iron ore shortage could halt metallurgy's green transition28-06-2022, 14:02
Price volatility hits global steel market27-06-2022, 19:28
Recovery in China could be key to rising global steel prices - MEPS24-06-2022, 14:00
Conflict in Ukraine spurs Europe's drive for clean energy03-06-2022, 12:14
Sign in with: