Vice Premier of the State Council of the People's Republic of China Han Zheng took part in the opening ceremony of trading on the Chinese market for trading in carbon dioxide emissions on Friday in Beijing. 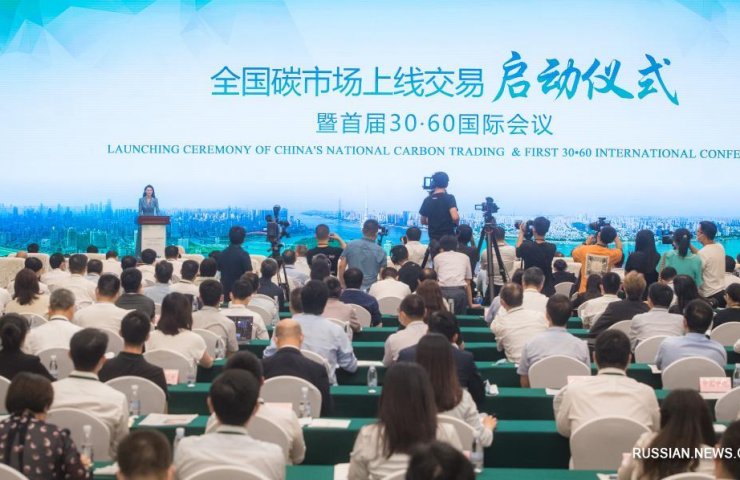 On Friday, Beijing hosted the opening ceremony for trading on the Chinese carbon emissions trading market. The same ceremonies were held in parallel in Prov. Hubei and Shanghai. Hubei will lead the development, operation and maintenance of the market registration system, while Shanghai will lead the work related to the trading system.

This market is a major institutional innovation aimed at controlling and reducing greenhouse gas emissions and promoting green and low-carbon development through market mechanisms. It is also an important policy tool for advancing carbon peak goals and achieving carbon neutrality.

The first list of enterprises covered by the Chinese carbon trading market includes more than 2 thousand enterprises in the field of electricity generation. According to the Ministry of Ecology and Environment, the carbon emissions of these enterprises exceed 4 billion tons annually. From this point of view, the aforementioned market can be called the largest in the world in terms of the scale of greenhouse gas emissions it covers.

Emissions trading is the process of buying and selling permits for the emission of CO2 and other greenhouse gases. Once allocated quotas are granted, businesses can sell excess volumes to other companies that need them.